Other than her appearance and her glare that could cut stone, we haven’t heard much news about Wonder Woman or her role in Batman V. Superman: Overstuffed and Overwrought. However, in a clip posted to Vine, we now at least

Disney released the official plot synopsis to next summer’s The Avengers: Age of Ultron from Marvel Studios yesterday, like a self-replicating computer virus spreading across the Internet. (To be fair, I am discussing it here.) Admittedly, we didn’t really learn

The Magic Word Is Fun! New Line Assures Viewers That SHAZAM Will Have Humor

When rumors circulated a week ago that Warner Bros. had issued a mandate of sorts that its DC films would be free of jokes, many fans of Superman, Batman, and the gang feared that future films from the studio wouldn’t 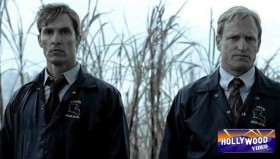 Matthew McConaughey to Star in Stephen King’s The Stand?

When it’s time for Mother Abigail’s forces to make their stand, it might just be against Rust Cohle. The Wrap reports that Matthew McConaughey, who was just up for an Emmy in Monday’s awards show for his role as Cohle

Check Out the First Official Trailer for Automata!

I know I’m not the first person to say that Will Smith’s I, Robot, based on the Isaac Asimov novel of the same name, was not what fans of the author’s take on the rise of robots and how they

Avengers: Age of Ultron is one step closer to hitting theaters. Director Joss Whedon tweeted this picture announcing that the principal shooting of the sequel to the 2012 Marvel Studios blockbuster has wrapped. The image bears the words “Avengers Two

Will Nova Appear in Future Guardians of the Galaxy Movies?

Goonies never say die! But Josh Brolin just might. At the San Diego Comic-Con at the Marvel Studios panel on Saturday, Josh Brolin (No Country For Old Men, Goonies, Jonah Hex) came on stage and was confirmed to play Thanos,

Prepare yourself, Greendale Human Beings! Community Season 5 will be released on DVD in less than two weeks! The Little Show That Could (And Did!) returned earlier this year for a fifth season with showrunner Dan Harmon back at the

Batman is a versatile character. I’ve long argued that the Dark Knight is a character that will survive any and all interpretations, chiefly because every single one of those interpretations has an element of truth that echoes through the character

Marvel Studios released its first full-length trailer for Guardians of the Galaxy this week, a film that Disney and Marvel hope will set the stage for their third wave of comic book adaptations, as well as possibly act as a

After much conjecture and uncertain media reports, Marvel.com confirmed that Michael Douglas, fresh off his Golden Globe win for his role as Liberace in Behind the Candelabra, has been tapped to play Marvel Comics superhero Hank Pym in Edgar Wright’s

The countdown clock is officially ticking. Not for Christmas, but happy holidays and merry Festivus to you all! No, I’m referring instead to the January 2nd one-hour season premiere of Community on NBC. The critically-acclaimed sitcom that relies on a