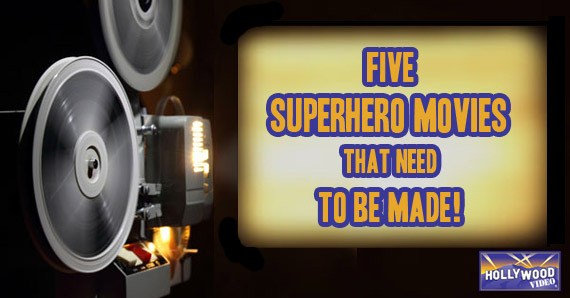 The past couple years have been great for superhero fans, and as we’ve already pointed out, 2013 is going to be another banner year. But while big names like Thor and The Avengers are tearing up the box office, there are still a lot of comic characters who have yet to transition to the big screen. Here are five of those neglected heroes who should be given their moment in the spotlight. 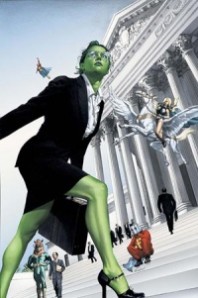 Probably the only one on this list with a movie in some stage of development, She-Hulk is proof that Captain Kirk knew what was what with the green-skinned ladies. While the Hulk movies weren’t exactly smashing the box office, maybe a little sex appeal would help. And considering how successfully the Lord of the Rings movies handled creatures of different scales, the She-Hulk’s imposing 6’7″ height should be no obstacle. 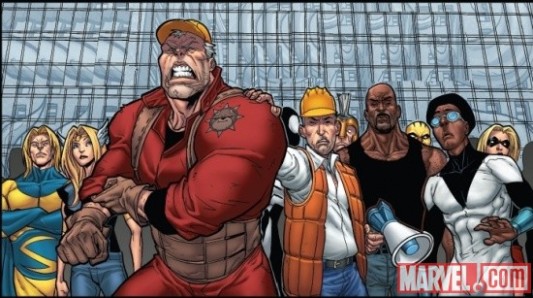 Ok, sure, Damage Control is a construction company that cleans up after superhero fights destroy entire cities. But what better way to have a sequel to practically every comic book based movie? You go see the Avengers destroy New York, and a month later you’re back in the theater watching Damage Control clean it up. And the characters who make up Damage Control are pretty interesting, so it wouldn’t just be a 90-minute Bob the Builder for adults. 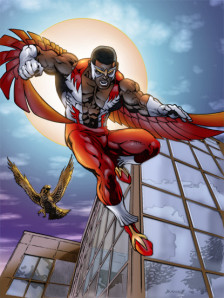 Did you know Falcon is the first mainstream African American superhero? (Black Panther is African, not African-American.) He’s also the first black superhero not to have the word “black” in his name. Sure, his powers might not seem as dazzling as some others (he can fly, and has a telepathic link with all birds), but a good script can make it work.

Falcon is supposed to be in the next Captain America movie, played by Anthony Mackie (The Hurt Locker) but only time will tell if it proves to be enough to launch a solo movie. 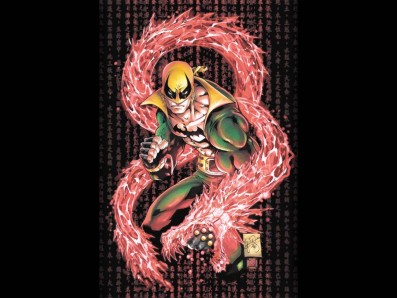 Iron Fist was actually given the green light for a movie. In 2000. It’s been in development hell for 13 years, so it’s probably not going to happen, but we can hope. Possibly they are struggling to make a script around an American kung-fu expert whose primary power is to make his fists as strong as iron work in a modern setting. (When the Iron Fist character was initially conceived, Bruce Lee was tearing up the box office and David Carradine had kung-fu on lockdown.) 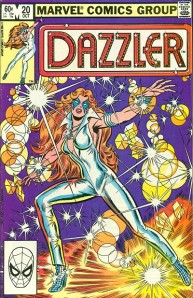 You think the Iron Fist movie has been in development for a while? Check out the Dazzler movie, which they’ve been talking about since 1980 (when it was going to star Bo Derek). That means it’s been in development hell since before I was born. Why? Because Dazzler’s ability is to turn sound into light, and her original favorite type of music to work with was disco.

Still, Dazzler has been involved in some pretty important story lines in the comics, and she’s actually a member of the X-Men. Someone needs to come up with a story that uses Dazzler believably and can fit into a two-hour window.

The best part is that Dazzler, Iron Fist and Doctor Strange (whose movie has been waiting since 1986) are all rumored to be part of Marvel’s Phase Three of movie releases, so even without solo outings, there’s still a chance we’ll get to see these lesser-used heroes tearing up the big screen.