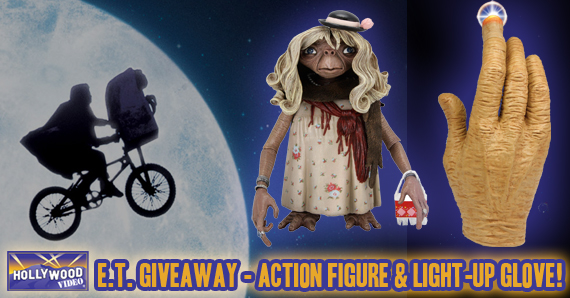 We’ve hope you enjoyed last week’s Twilight Saga Team Edward Giveaway as much as we did! The winner has been chosen and the prize pack has been shipped off.

This week we’re celebrating one of the biggest blockbusters of all time, Steven Spielberg’s E.T. The Extra-Terrestrial. The classic film tells the story of Elliott, a lonely young boy who befriends an extraterrestrial, dubbed “E.T.”, who is stranded on Earth. Elliott and his siblings help E.T. return home while attempting to keep it hidden from their mother and the government.

If you are the lucky winner, you can recreate classic moments with the hilarious “dress-up” E.T action figure, or reach out and touch someone with a light-up E.T. hand replica glove! Read on to learn how to win! 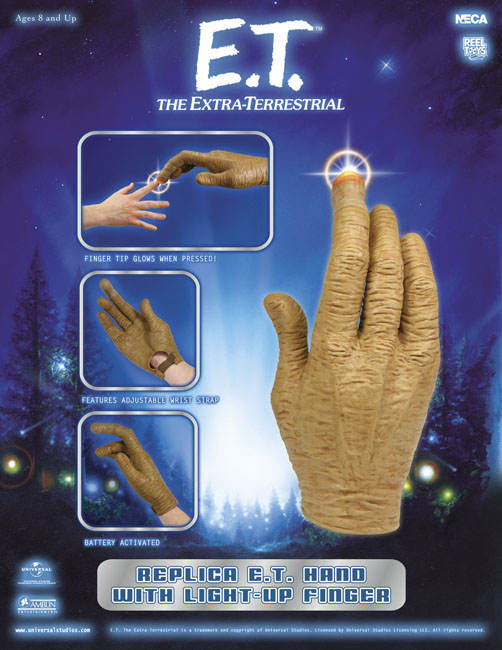 The E.T. hand with light-up finger is a wearable replica of E.T.’s hand! The full size 4-finger glove has an adjustable velcro wrist strap and the index finger lights up when pressed, just like in the movie! Batteries included. 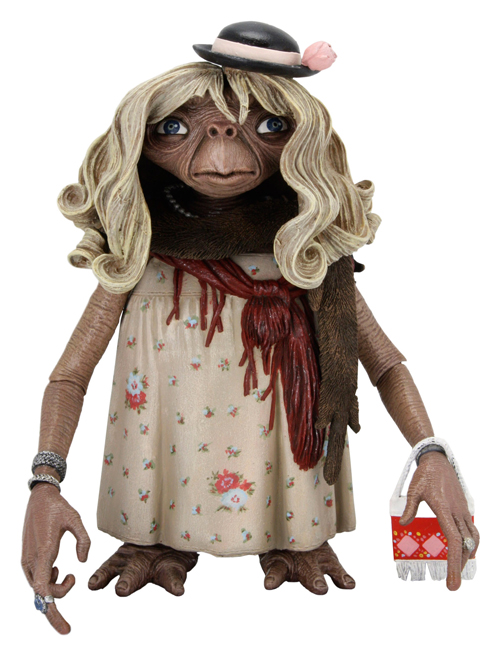 This fantastic 7″ scale E.T. is fully poseable and features incredible life-like detail. You can dress up E.T. in his wig, hat and dress! The figure has a ball jointed neck, shoulders, elbows, wrists, and ankles.

In order to enter the giveaway you must answer the following question: “E.T. held the title as highest grossing film for ten years before being surpassed by what other classic Steven Speilberg film?”

Always be sure to let us know what you would like to see in future giveaways. We love to hear your feedback and it is very likely that you could see it be the prize next week.