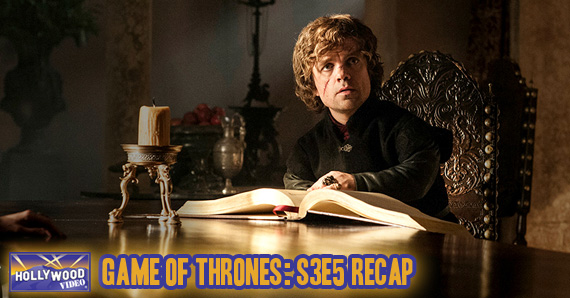 This week’s episode of Game of Thrones flirts with a new kind of drama… soap-opera drama!

The Brotherhood Without Banners worships the Lord of Light, who we found out last week is more than just Melisandre’s imagination run wild. Case in point – when The Hound is sentenced to trial by combat and kills the Brotherhood’s leader, a simple prayer to the LOL revives him (for what we find is his SIXTH time being brought back to life). I actually like The Hound, unlike Arya, so I was happy that he won and was allowed to live. I’m sure we’ll see him again.

Dead? Not for long!

Gendry and Arya finally establish their desire for a relationship, something I’ve been wanting since last season. Gendry’s decided that along with facial hair, he’s going to grow some independence and stop serving the wrong men; The Brotherhood wants him to stay behind as a smith. Little does he know that he’s walking right into Melisandre’s trap.

The Wildlings are skeptical of Jon Snow’s loyalty, and make threats about just which side he’s fighting for. As we know from last week, the Night’s Watch is currently a scene of mayhem and slaughter, something the late Lord Commander never would have allowed. Mance Rayder is off preparing to overthrow Castle Black, which doesn’t even seem necessary since the remaining Crows have no leadership. But none of that matters, because Jon Snow got it in! 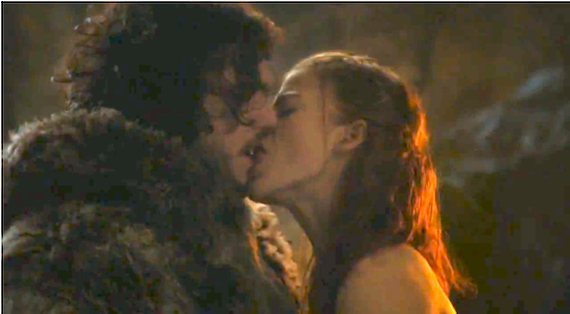 Ygritte shows him just what it means to be a Wildling.

Robb Stark is having more problems with the fealty of his men. When the Karstarks kill the little Lannister boys his army was holding hostage, Robb beheads Lord Karstark and, just like that, he finds that half of his army is now gone. The only hope he has of overthrowing King’s Landing to save Sansa is to somehow regain the affection of Walder Frey, the man whose daughter he promised to marry. Good luck with that. 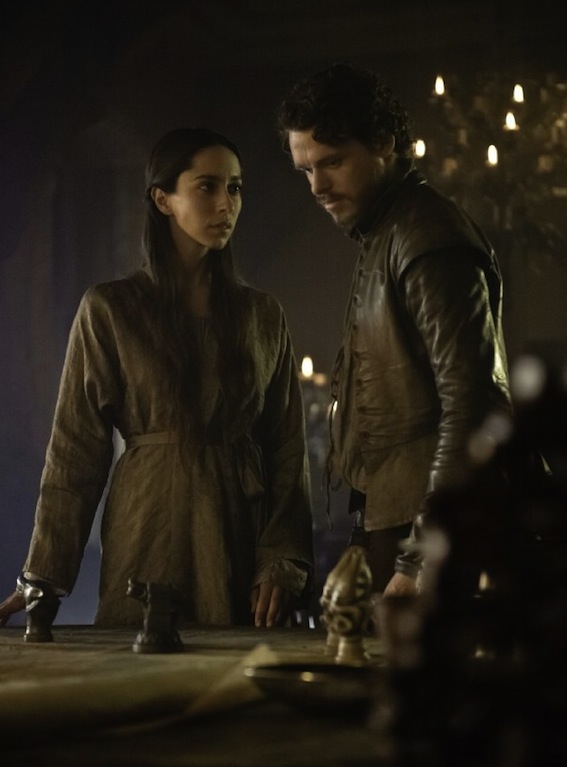 This was the one time he really should have listened to the ladies in his life.

Gwendoline Christie is pretty much the only actress whose contract doesn’t require her to show her goods on camera, but Jamie and Brienne share a bath, where we get to hear his side of the ‘Kingslayer’ story (and oh, it’s a good one). 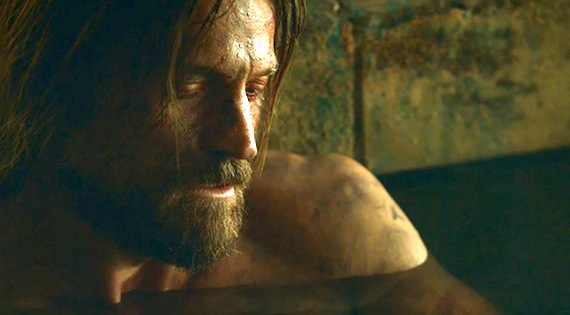 If you didn’t already feel for Jaime, you will now.

Stannis and Tywin should share the title of “Dad of the Year.” We finally see the rest of Stannis’ family, including his LOL-obsessed wife and his daughter, whom both parents are ashamed of and who probably hasn’t left the castle in years. What’s even more bizarre is that his wife is ecstatic that he slept with Melisandre, just because it was “in the name of the Lord of Light.” Talk about messed up.

Over in King’s Landing, Tywin once again succeeds in pissing off his family while plotting to keep the Iron Throne in Lannister possession. Tywin makes some ridiculous matches for Cersei and Tyrion, who finds he will be wed to Sansa Stark (something Sansa doesn’t know, either). Tyrion feels genuinely sorry for Sansa, and for good reason: she’s being tossed around from suitor to suitor. But honestly, that probably seems like heaven to her in comparison to Joffrey.

The last scene reaches almost soap opera-eque proportions, when Tywin tells Cersei that she’ll be married off to Margaery’s gay brother, Loras. That doesn’t exactly make for a happy Queen Regent, who of course wants to keep her freedom and schedule open in case Jaime comes hobbling back into the kingdom. Regardless, it seems like there will always be more Lannisters for her to bed. 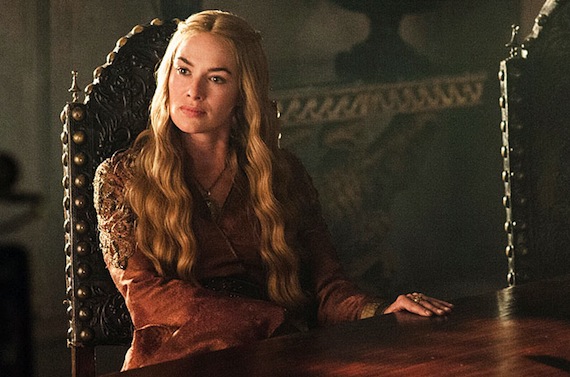 You want me to do WHAT?!