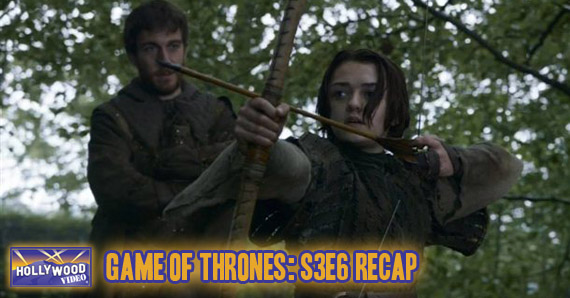 The sixth episode of Game of Thrones gave us a bit of breathing room. Fans who’ve seen the last couple of seasons will know that this only means good things. The last few episodes in each season are always the best and most action-packed, so it only makes sense that this week’s didn’t have a whole lot happening. Luckily, a few key scenes held the episode together with interesting dialogue. 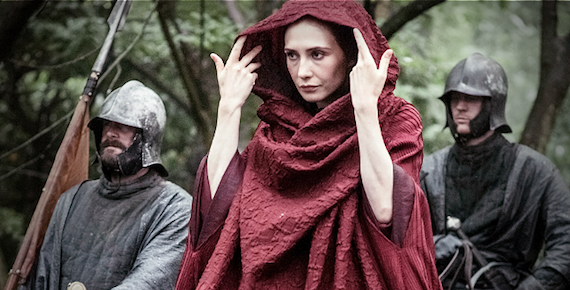 Two great (but relatively minor) characters fall victim to their fate this week, leaving poor Gendry to the whims of Melisandre and the Lord of Light (who we learn is also called “the Red God,” the same name Jaqen H’ghar used last season whilst talking to Arya). We know that Melisandre needs him to perform a sacrifice of sorts, but I have faith that Gendry is resourceful enough to escape the Red Witch.

Ros, however, is having a much worse time: she finds herself subject to both Joffrey’s cruelty, and Lord Baelish’s rise to power. Joffrey’s discovery that his key hooker was secretly working for Lord Varys must not have sat well; he made a human target out of her body for his shiny new crossbow. 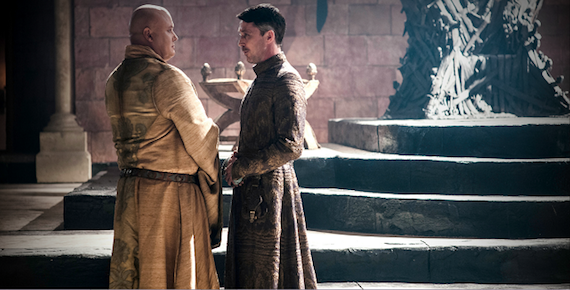 This horrifying moment gives us a better look at Littlefinger’s thirst for his turn at a climb on the ladder. His calculation is beginning to sink through; I’m glad Baelish ends the episode on such an ominous and threatening vibe. Because of this, we know something big is going to happen soon, perhaps involving his trip to the Aerie. 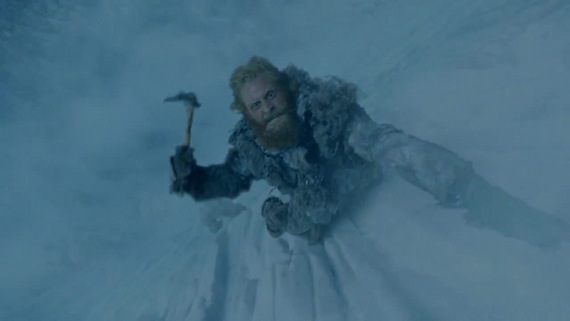 Jon Snow finds himself taking a more terrifying climb this episode. The massive Wall poses innumerable dangers, all of which face him on his lengthy journey up. He manages to make an enemy out of the warg wildling, who tries to cut Jon and Ygritte loose and kill them both. 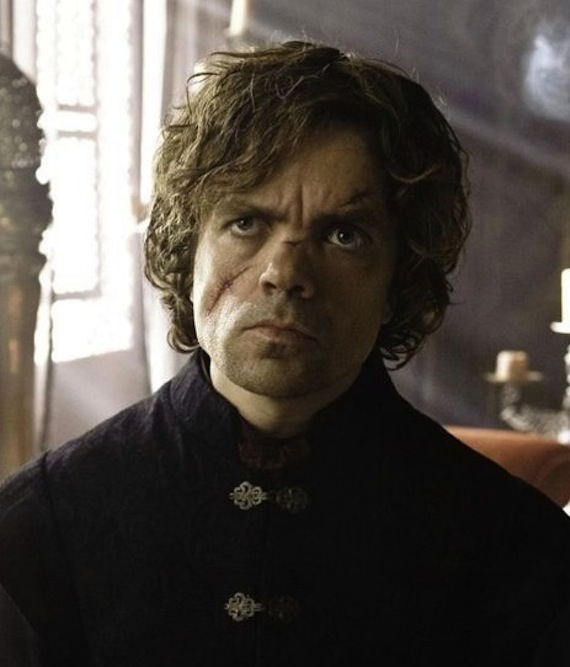 Tyrion is faced with the awkwardness of having to tell Sansa that he’ll be wedding her, and in front of his actual girlfriend to boot. Finally, Sansa begins to understand her rare position as the potential key to the North, should her brother fail. It’s a shame that she won’t be able to marry Loras Tyrell, who she’s had her eye on for a while now. 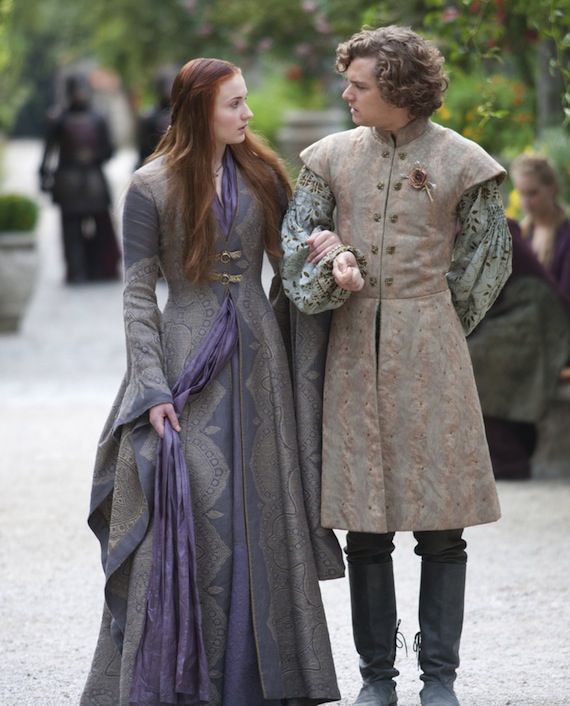 One great thing this episode does is allow us to see the grave circumstances that some characters are in. Even Tywin seems to have met his match; by talking with Lady Olenna he can see that he is not the only elder with a sharp tongue and value, both monetary and otherwise.

We already know just how far Jaime’s position has brought him, but now he finds himself unable to save Brienne from what looks (in the preview for next week’s episode, at least) to be another unfortunate fate. Those who were once safe are no longer protected; all we can do now is speculate.