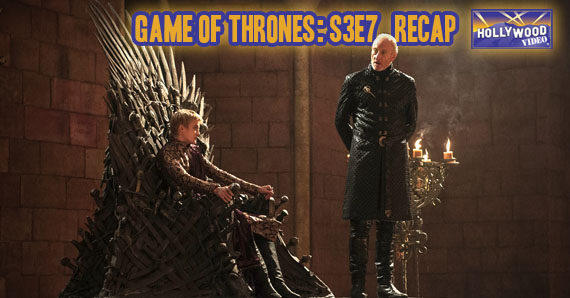 There’s been a lot of role reversal lately in Game of Thrones, and cruel things are happening in Westeros. But that’s normal for a show that’s never short of surprises. Theon is being tortured, Tyrion’s life is unfair, so is Sansa’s. Danaerys is still the ultimate badass, Robb doesn’t really have his head in the game, and I still don’t like Melisandre. Now, on to the surprising things.

It’s been too long since Joffrey’s done anything, torturing whores aside, so grandpa Tywin changes that. The Hand of the King reclaims his title as boss (even though Joffrey won’t admit it, of course) and puts the boy king in his place.

It was only a matter of time until they had some sort of interaction, but I’m surprised it took so long. This is literally the first time both have spoken since Tywin got his title, and Joffrey again proves to be a brat with no control or desire to do much but complain.

It’s sad, but Robb is another character who seems to have just about no place being king. However, he’s positively giddy when he finds out about Talisa’s pregnancy… I give it about an episode or two before he realizes that this means Talisa’s now a target for assassination (because people loved her so much before, right?).

Robb’s in a tough position; people of the south obviously don’t want him to be king, and now even his own men are starting to feel similarly. With a kid added to the equation, he’s going to have to get his priorities in order. Maybe this will make him start actually wanting to sit on the Iron Throne.

Ygritte finds herself wanted by the warg who cut her and Jon loose from the Wall, which surprises her more than it does us. It’s true that, as the warg puts it, Jon is a LOT prettier than him, but he feels that Ygritte should be with another Wildling like herself. He’s determined to convince Ygritte that Jon is a traitor to both sides. 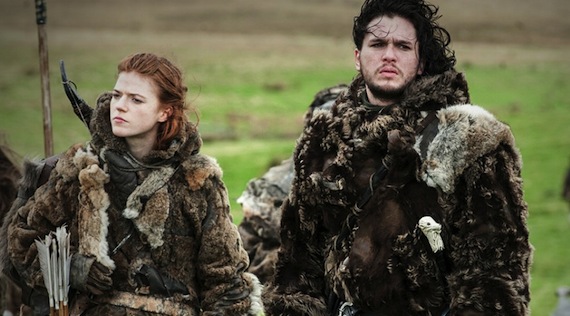 It seems Jon’s a bit too pretty for his own good.

Theon’s torture is brought to a new level when his captor (who is still a mystery to us) sends two whores in to tease him, only to be interrupted and made a eunuch. Poor Theon’s had to deal with physical and psychological torture, but then again, so did Lord Varys. And we all know how he turned out. Having nothing between his legs may just make him a dangerous person — if he survives. 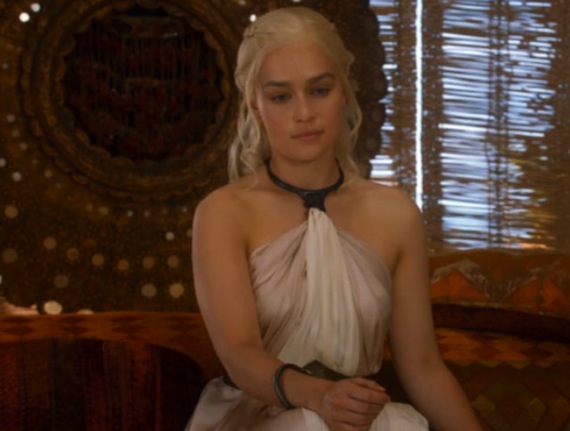 Something tells me she didn’t like being called “mad.”

Daenerys has reversed her attitude a bit: as her capacity for humanity and empathy grows, so does her ruthlessness. It’s an interesting position: the Khaleesi was once a slave, and is now bringing hellfire down on all of the slavers that she finds. And my, oh my, her dragons are sure getting big. 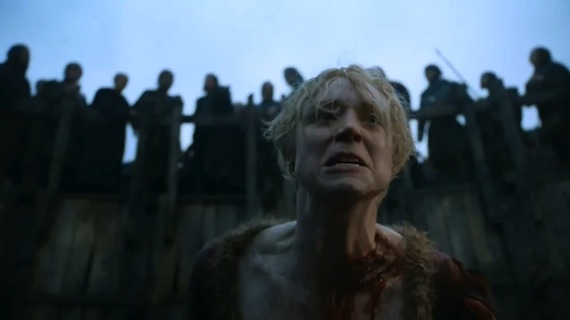 But the worst thing by far was the last scene, where the episode’s title came to life. “Bear and the Maiden Fair” is in fact the song that the Boltons sing while watching Brienne enter an excecution-style ring with nothing but a wooden sword against a grizzly bear. Luckily Jaime rescues her, although not before she’s bloodied with claw marks across her chest.

This makes us not only take another look at Jaime, who has seen a serious reversal since the start of the season, but also feel differently about the men running the North. The Starks were an ideal representation of the North, but the Boltons make us think differently.