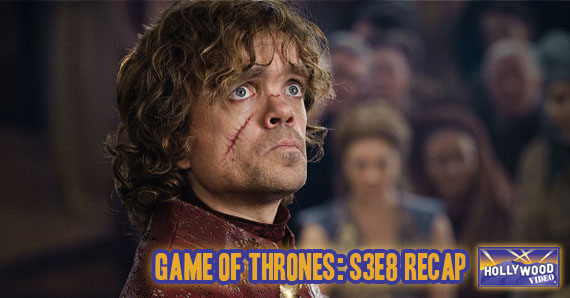 Thank the Lord of Light, something actually happened this week! The past few episodes of Game of Thrones have been dwindling in action, with no real plot progression. But finally things changed and we can see the wheels in motion toward what should be an interesting season finale. Sadly, we’ll have to wait another two weeks in suspense just for episode nine to come, so let’s focus on what happened this week. 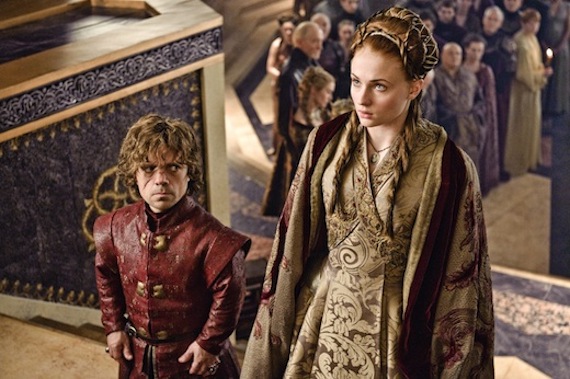 ‘Tis the season for royal weddings, so that means drama will naturally be involved. Tyrion is wed to Sansa, but the two never “seal the deal,” since he gets drunk after two cups of wine and she’s disgusted by him anyway. (Shea’s not too upset about it.) Joffrey threatens to rape Sansa, something I’m surprised he hasn’t done already, and when Margaery makes the mistake of calling Cersei “sister,” the queen regent threatens to kill off the entire Tyrell House.

Gee, the Lannisters sure are a charming clan, aren’t they?

Daenerys’ plans to win back the Iron Throne involve overtaking slaver cities, the next of which is Yunkai. Full of well-armed and overly pompous men, Yunkai is the home to an army of soldiers known as the Second Sons, who fight strictly for gold and not honor. Their debates over fighting for the Khaleesi don’t last long when one of the leaders turns out to be a character I’d hoped to see again from the last season – someone I believe to be one of the Faceless Men, who originally saved Arya and helped her escape King’s Landing.

If my theory is true and Daario Naharis turns out to be Jaqen H’ghar with a new face, their sexual tension will surely prove to be interesting once Sir Jorah Moront finds out just how dangerous of a man he is. Can’t wait for that drama to unfold. 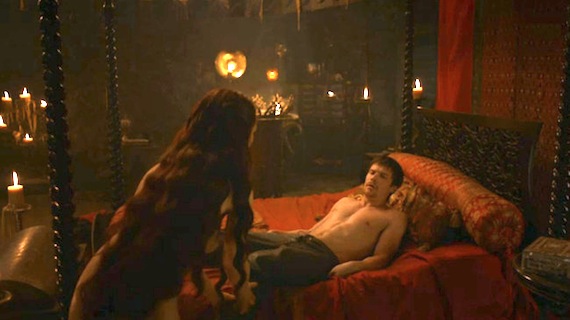 Melisandre’s return to Stannis proves unlucky for Gendry, but we already knew that’d happen. Much like how last week’s episode involved Theon Greyjoy going through some serious sexual deception, what began as Gendry thinking he was about to get it on with Melisandre actually ended up with her sticking leeches all over him while Stannis and the newly freed Davos watched. (He was stuck in some memorable places, too – anybody seen Stand by Me?) 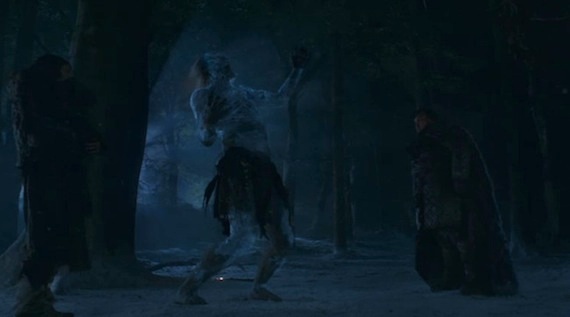 The last scene of the episode is the only one that bears witness to the cruelty of winter. Samwell Tarly and Gilly try to keep warm and find a suitable name for her baby boy, but The Godswood offers little protection. The two find themselves face-to-face with the leader of the White Walkers, who Gilly knows has come to claim the baby. This might be the first time we’ve seen Sam do some seriously good quick thinking – he stabs the White Walker with the dragonglass dagger from the Fist of the First Men, turning him to a poof of dust.

I guess now we know what dragonglass does.