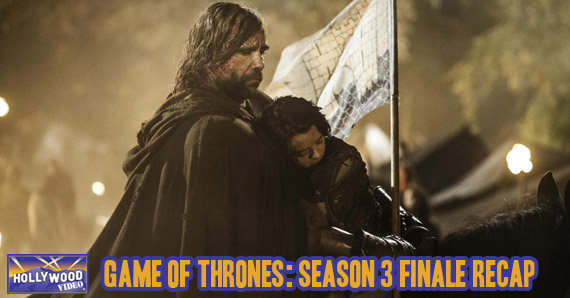 FINALLY! This season of Game of Thrones comes to an unsettling conclusion, leaving us wanting more, and me hoping that the finale would last two hours instead of the usual one. Of course that didn’t happen, but thankfully the episode covered all of the characters involved, and we didn’t have to play the usual guessing game of which scenes executive producers D.B Weiss and David Benioff would focus on.

Still, this season left some unsatisfied; there was a significant drop in overall action, which it’s easy to blame on the sheer amount of characters to cover. Luckily, the Red Wedding took care of that last week. For now, on to the big conclusions:

#1: A very satisfying moment occurred between Tywin and Joffrey once Tyrion discovered that the Stark army had been defeated. Tywin sends the boy king to bed without his dinner, and Joffrey throws a temper tantrum until Cersei whisks her eldest away. Tyrion is again is reminded what an inconvenience he is to the family by his father. It’s all very charming business. 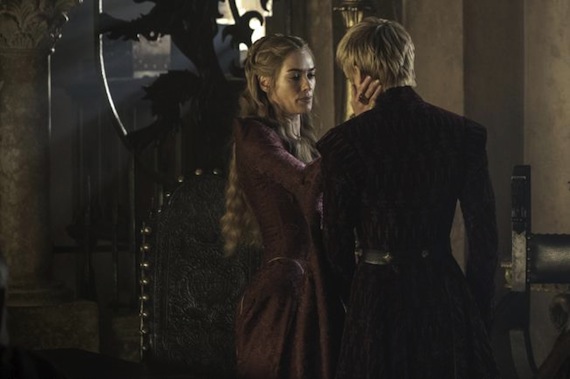 #2: Cersei finally gets to see her brother/lover Jaime, who returns to her hardly sans one hand. The look on her face is caught between shock and disgust.

#3: We go back to see the remains of the Stark army, a giant pile of burning rubble and bodies. Walder Frey and Lord Roose Bolton discuss the defeat, which was both easy and fun for them. Sucks.

#4: Speaking of Roose Bolton… His bastard son is revealed to be Theon Greyjoy’s torturer, sending a package containing Theon’s newly lost manhood to Theon’s father. Who doesn’t care. Luckily for Theon, his older sister Yara does, and vows to raid Bolton’s castle and find him. I cannot WAIT to see that – if you’ve seen a single episode thus far, you know that the bastard Ramsay deserves a nice gutting. 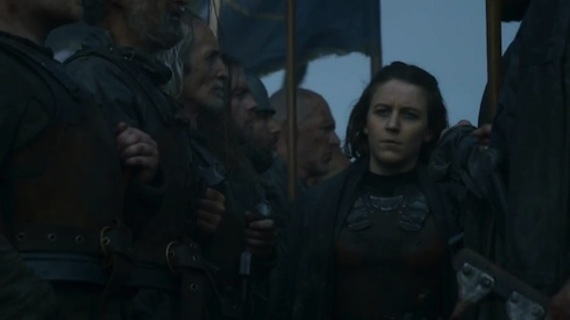 #5: Arya kills her first victim in the name of the Red God, and he happens to be a soldier for Frey’s army. She’s becoming quite the vigilante, and The Hound seems like good company for her since they both have a similar thirst for blood.

#6: Jon breaks poor Ygritte’s heart again as she tries to convince him not to go back to Castle Black. She uses arrows instead of words, though, so her signals are a little hard to read. Jon makes his way back to Castle Black where he reunites with Sam and his other bros. 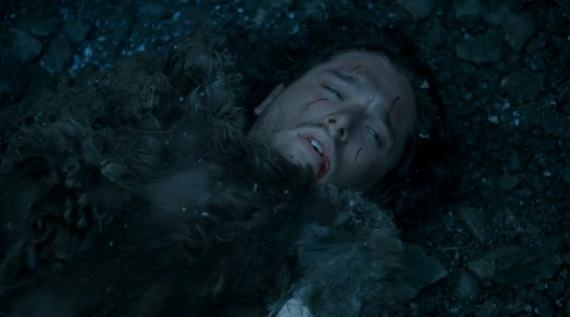 #7: Sir Davos saves the day and takes Gendry away to fare the seas on his own. Even for a kid that can’t swim, risking the high seas in a rowboat is still better than being in the clutches of the Red Witch Melisandre. 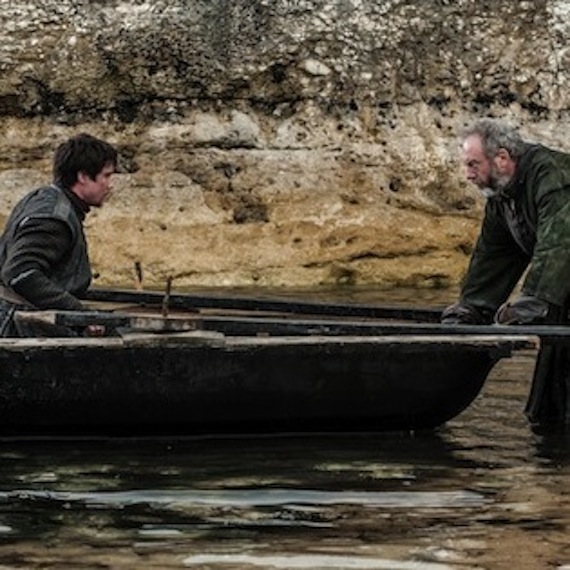 “Big words, no clothes. What would you have done?”

#8: Daenarys Targaeryan is a total rock star. (For definitive proof, she crowd-surfs.) The love her newly freed slaves feel for her is only growing, and this makes her a truly powerful person. She and Stannis seem to be the only ones powerful enough (in different ways) to win the Iron Throne, yet both have been lying low for the entire season. Stannis forces the audience to question whether Rob’s death was brought on by Tywin Lannister or the Red God. 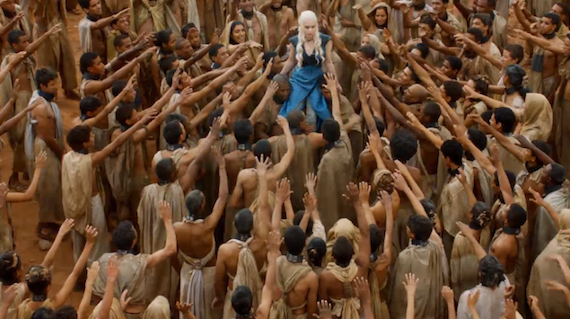 There are still so many questions to be answered! The season only covered half of George R.R. Martin’s third book, so there is plenty more story to be told… Too bad we’ll have to wait an entire year to find out what happens.

It’s almost enough to make you want to read the books.