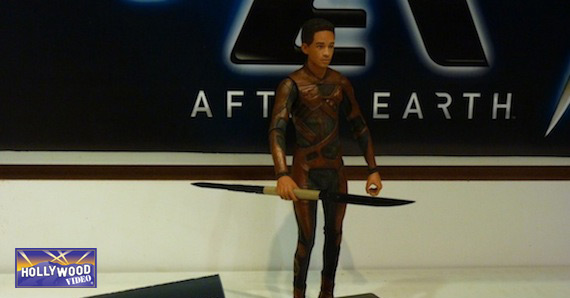 After Earth, the new sci-fi movie starring Will Smith and Jaden Smith, will be coming to theaters in June… and we’ve just learned that a new series of action figures and prop replicas will hit the market along with it! NECA will be making an action figure of Kitai (Jaden Smith’s character) plus official licensed reproductions of the Ranger jacket and the retractable cutlass that will be seen in the movie.

The film is directed by M. Night Shyamalan and stars Will and Jayden as a father and son who crash land on a supposedly abandoned planet. 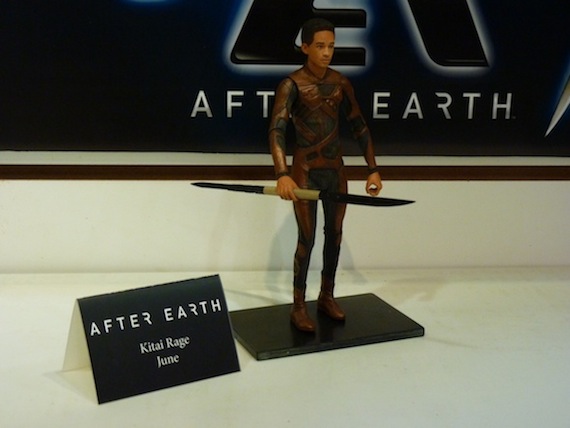 The poseable Kitai action figure will be in 7″ scale and come with an accessory from the movie. It will be available in June to go with the movie’s opening. 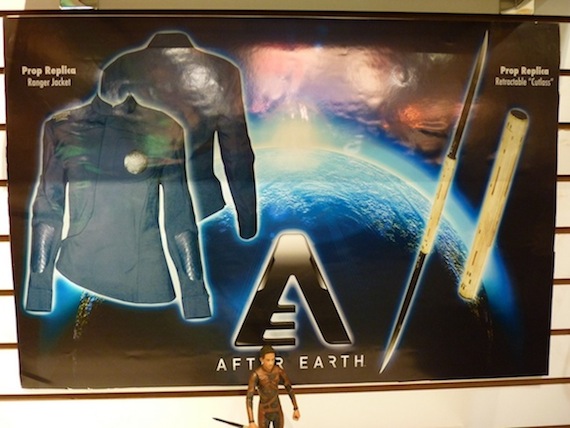 Not much information is available yet, but NECA posted this picture from New York Toy Fair of its upcoming Ranger Jacket and Retractable Cutlass prop replicas. We can’t wait!