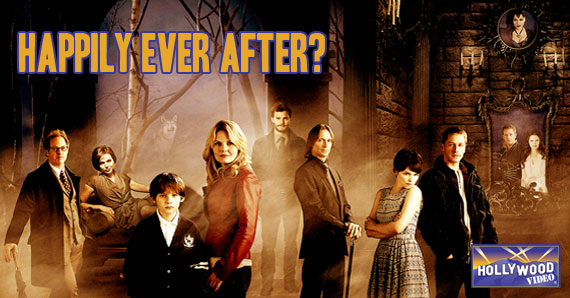 In just over a month, the Season 2 of Once Upon a Time will premiere. In anticipation of the return of the best fairy tale based television show on any network, we’re recapping Season 1 in a two part article. So make sure you check out the first part if you haven’t read it already. And don’t worry if you haven’t seen the show. This is a mostly spoiler free review. 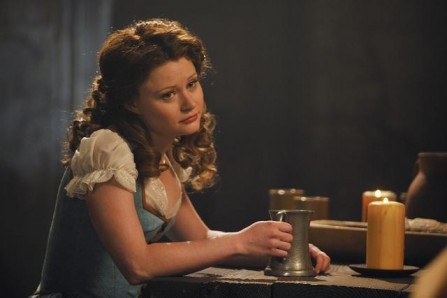 Next season, it’s Beauty and the Beer

This episode is actually the first one I ever saw.  A few things happen in Storybrooke, but the meat of the story occurs in the Enchanted Forest. It tells the story of Beauty and the Beast, and our more observant readers will notice how Belle’s dresses mirror the ones she wore in the Disney movie of the same name.  Oh, and that chipped tea cup might look familiar too.

What Happened to Frederick

This episode’s events in both the Enchanted Forest and Storybrooke are closely tied together. Both follow Prince Charming/David and Abigail/Kathryn and it finally explains how Charming got free of his marriage to Midas’s daughter.

This episode is pretty sad. For a show about fairy tales, there don’t seem to be many happy endings, and this one is the least happy of them all. The dwarf Dreamy gets a raw deal, and it results in me not liking the Blue Fairy very much.

Another one with a not-so-happy-ending, this episode is still pretty awesome. This is the episode I’d been waiting for ever since I saw Ruby in the diner. It’s the story of Little Red Riding Hood, with a pretty unique twist on the traditional story. 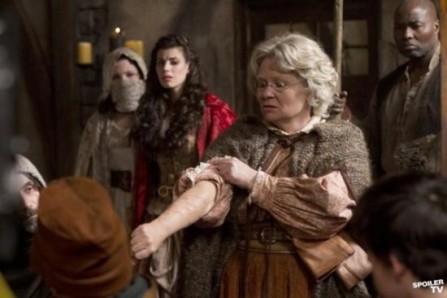 In this episode, Snow white decides enough is enough, and decides it’s time for the Queen to take a dirt nap with the baby Jesus. Kind of out of character, but she is pretty awesome as a pissed off princess. 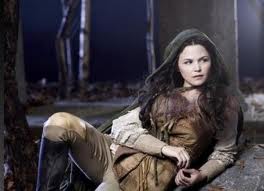 The main character both in Storybrooke and the Enchanted Forest is named Jefferson.  And he has a thing for hats. While not the best take on my favoritest children’s story, it was still amusing to see.

Finally. The truth behind why Regina hates Snow White. And honestly, I can’t entirely blame her. It makes the Queen a bit more easy to sympathize with too.

Oh, wow! We might finally find out the true identity of August! This episode also features a lot of Rumpelstiltskin, which is never a bad thing.

Ok, this is where we definitively learn who August is, and really, it’s not that awesome. Although it does fill in a glaring omission I hadn’t even thought about until this episode.

An Apple Red as Blood 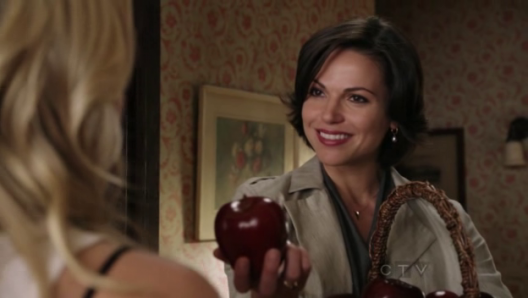 Why, yes, I would love an apple, Mrs. Mayor!

In this episode, Henry tries to get Emma to stay in Storybrooke and Regina comes up with a way to get Emma to leave forever. In the Enchanted Forest, Snow White enlists all of her allies for one final confrontation with the Queen.

A Land Without Magic

Ah, the final episode. If you want to know what happens, you’ll need to watch it. I will say they wrap up any and all loose ends (which there really aren’t many), and Mr. Gold returns something that has been lost.

So that’s the recap for Season 1.  We’re left with a completely wrapped up season and no unanswered questions other than “What will happen in season 2?” I don’t know, but check back next week as I conjecture on what we might see come September 30th!