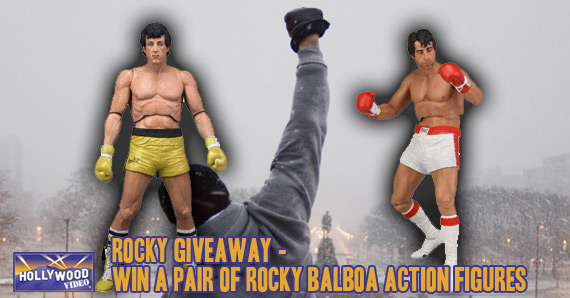 If you thought our last RoboCop giveaway was good, do we have a treat for you! It’s time to enter the ring in this week’s Rocky Balboa giveaway. NECA has provided us with an awesome pair of figures from its new line that celebrates 35 years of the phenomenally successful Rocky saga. We have a Series 1 Rocky as well as a Series 3 Rocky. One lucky fan can put these figures to the test and see which Rocky has what it takes to be the best! 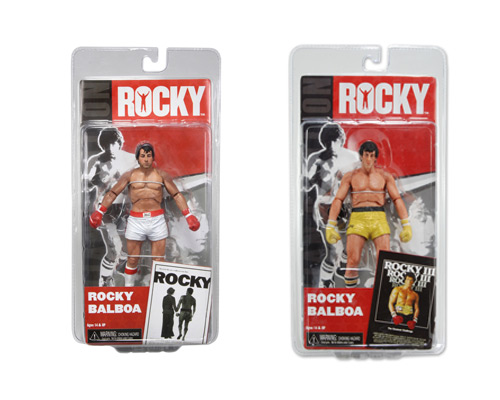 The winner of this giveaway will receive both of these awesome Rocky figures: 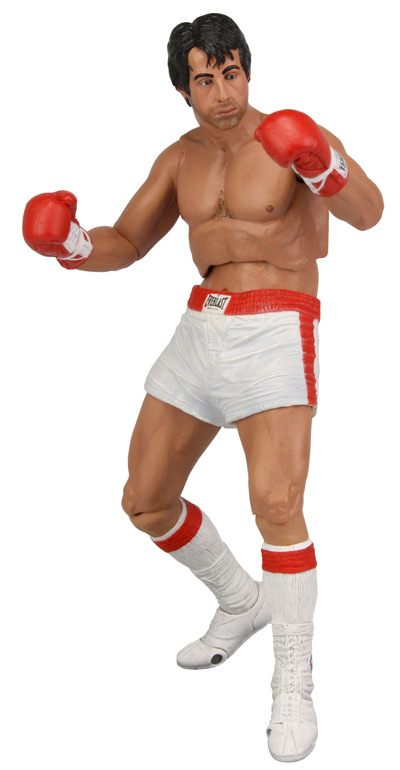 Raised in Philadelphia, Rocky spent most of his life as a struggling club fighter with his sights set on a successful career as a boxer. Although he put his heart and body into becoming the best, it isn’t until a stroke of fate puts him in the ring with the world heavyweight champion Apollo Creed. This figure stands 7″ tall and features Rocky wearing his signature red and white trunks. 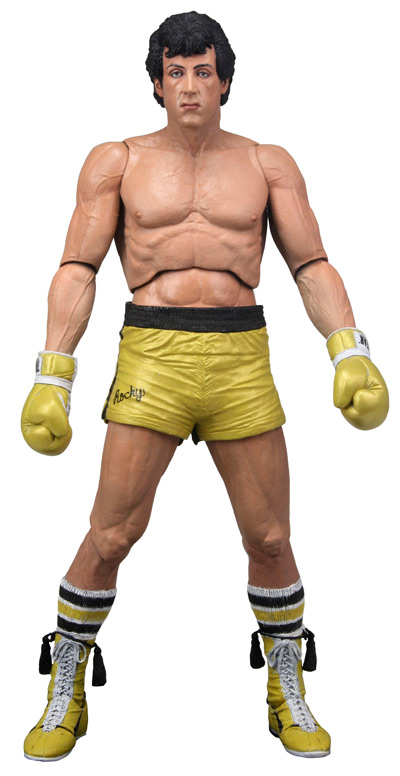 In Rocky III, when Rocky suffers a humiliating loss at the hands of his new rival Clubber Lang, he thinks about retiring from the sport for good. Lucky for Rocky, he has some support in the form of his old nemesis Apollo Creed to help regain an edge and defeat Clubber in a rematch for the title. Standing at 7″ tall, this figure shows off Rocky wearing his new golden color scheme.

In order to enter this giveaway, you just need to answer the following question – “What is the nickname Rocky has given himself?”

In order to win this fighting pair you must answer the trivia question. If you want to improve your edge you can earn more entries with Facebook and Twitter.

Let us know what kind of prizes you want to see in future giveaways. We always like to hear your feedback!