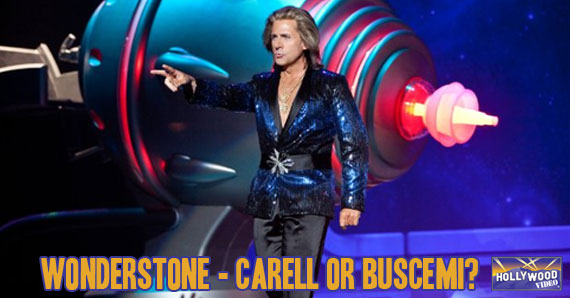 But at least long-time Steve Buscemi fans will get to see their favorite bug-eyed-gangster-turned-homeless-man-turned-emasculated magician again. This time he plays the costarring role of Anton Marvelton, partner to Steve Carell’s Wonderstone (emphasis on “partner,” as it is a reoccurring gay joke throughout the movie). The two play a struggling duo stuck in a world of ’80s-style big-prop Vegas entertainment, which proves to be a city too quickly moving for a magic act that has remained unchanged for over twenty years.

Marvelton and Wonderstone have been a duo since childhood, but over the years the hectic lifestyle of showbiz has forced the two into separation. When the duo breaks up, their show spot is up for grabs, and that’s where daredevil and stuntman Steve Gray (appropriately played by Jim Carrey) steps in.

Gray emerges doing bodily harmful street magic, taking David Blaine’s act to a new extreme. With an all-too-obvious jab at Criss Angel’s show Mindfreak, Gray calls his ‘Brain Rapist.’ His acts are less magical and appear to be more like something a drunk college kid might attempt, such as a delightful little scene involving Carrey slicing his cheek open to reveal a bloody playing card chosen by a spectator. Yum. 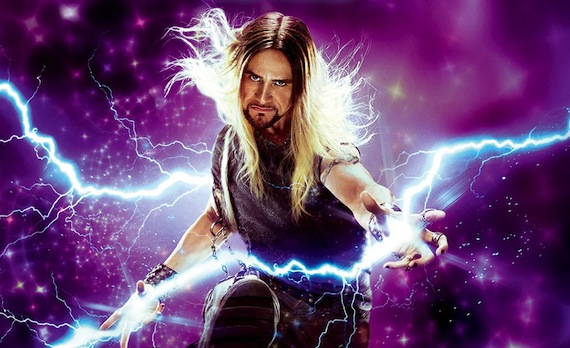 Carrey’s character has some roots in real-life magician Criss Angel.

While Gray steals the spotlight for a few months, Wonderstone works to improve and update his magic act (as well as his ’80s-style wardrobe and haircut). As the competition becomes more desperate, so do Carell’s sex jokes and attempts to get with Olivia Wilde’s character, a young amateur magician named Jane, who is anxious to help Wonderstone improve and to be a professional entertainer herself. But it’s always enjoyable watching a man in his early fifties successfully pursue a girl half his age. (I like to think she got caught in his lionesque mane.) 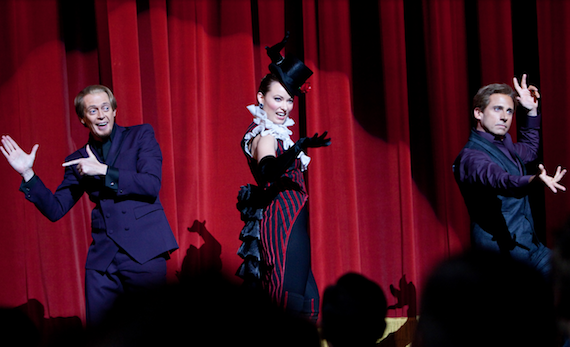 For those of you who, like myself, favor the idiotic humor of Michael Scott from The Office, you’d be a bit disappointed by the turnout: Wonderstone is like Scott, but with all of the numbskull and not so much of the funny. Luckily for viewers, where Carell fails in delivering laughs, Carrey picks up the slack with his gross-out stunts. The most memorable parts of the film are present in Carrey’s scenes, where he pulls ridiculously impossible (no, really, actually impossible unless you’re talking Harry Potter magic) acts such as holding in his urine for twelve full days and resting on hot coals for an entire night.

My favorite parts of the movie are when later on, we get to see just what the characters believe “the new age of magic” holds for the future generations. These acts involve various characters drugging an entire audience involuntarily, burning themselves in front of children, and one in particular (who shall remain unnamed) drilling a hole in his head to render him somewhat brain dead. Don’t try that at home, kids. 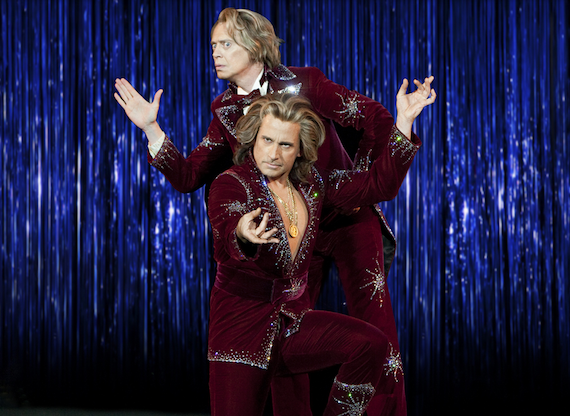 Yet the movie takes no other big risks otherwise, and the last half-hour seems to drag due to confusion as to what is supposed to be the true climax of the story, where suspense dwindles. Great for a handful of cheap gross-out laughs, Burt Wonderstone is a safe comedy that is better suited for those who haven’t seen any other recent works by the great actors present. Buscemi’s talents, in particular, are wasted here, but I for one can’t wait to see him in Grown Ups 2, expected later this year.