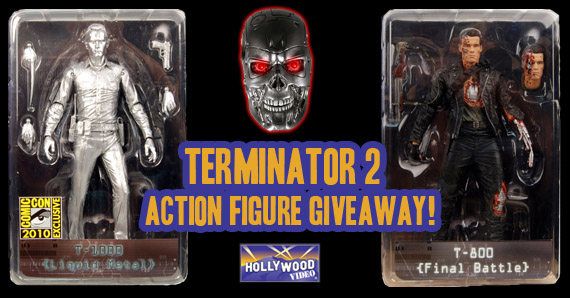 “Come with me if you want to live.”

We hope you enjoyed last week’s very special Nightmare Before Christmas Trading Card and Lithograph Giveaway! This week we’re ramping up the action with our Terminator 2: Judgment Day action figure giveaway! It’s the iconic clash of an obsolete, well intentioned killing machine versus the superior, next-generation assassin sent back in time to ensure humanity’s imminent day of judgement. Keep reading to see how you can win! 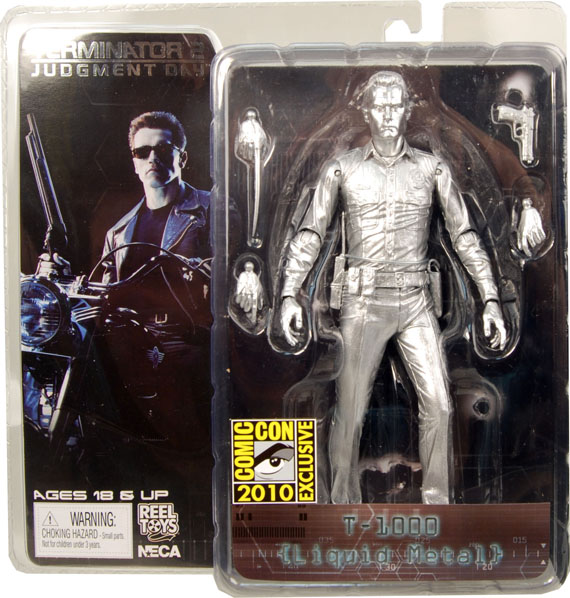 From Terminator 2: Judgment Day comes this San Diego Comic Con Exclusive T-1000 7″ action figure in liquid metal version. A more advanced Terminator, composed of mimetic polyalloy, a liquid metal that allows it to take the shape and appearance of anyone or anything it touches.

In addition to rapid shapeshifting, the T-1000 displays near-perfect mimicry and rapid recovery from damage. This highly articulated figure includes his metallic pistol and interchangeable hands – including one with an elongated metal finger as seen in the film. 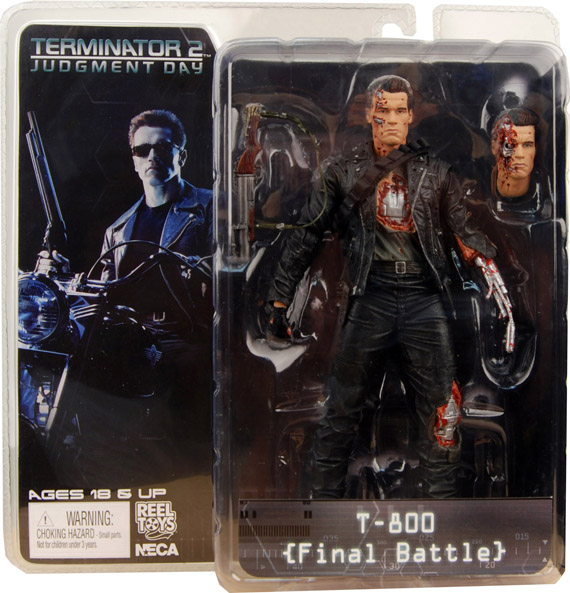 Not even a CGI Robert Patrick can stop the mighty T-800! Here’s The Terminator as he appeared in the epic final battle of T2! You better believe that when a guy willing to rip his own arm off says he’ll be back, he means it. This imposing 7″ action figure has an interchangeable head and comes with a grenade launcher accessory.

In order to enter the giveaway you must answer the following question:
“What actor plays the role of John Connor in Terminator 2: Judgment Day?”

Always be sure to let us know what you would like to see in future giveaways. We love to hear your feedback and it is very likely that you could see it be the prize next week!