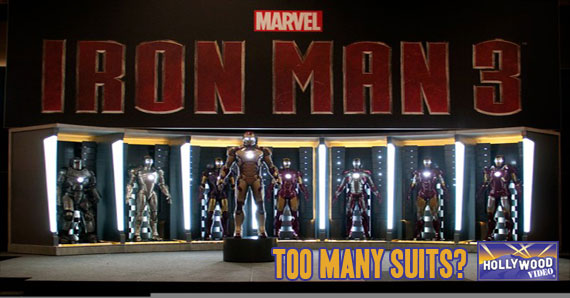 Marvel is looking to begin “Phase 2” of its movie schedule with the release of Iron Man 3. Up until now there have been seven different variants of the armor. As the suits have changed, so has the way each suit is filmed.

The Mark I was the most basic and crude rendition of the suit, the only full body one, and made entirely by hand. It needed very few digital after affects included in the production. The Stan Winston Studio was responsible for creating the Mark I and has been responsible for each rendition after that.

“it was the first suit up in the shooting schedule and it set the tone for what could be accomplished by blending physical & digital Iron Man suits.” 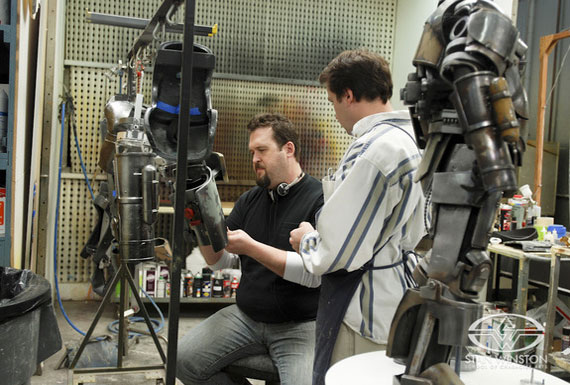 According to Shane Mahan, the suits creator, “it was the first suit up in the shooting schedule and it set the tone for what could be accomplished by blending physical & digital Iron Man suits.”

In an interview with Shane he discussed what the team learned from Iron Man. As they learned what worked as well as what mistakes to avoid, the team began to evolve the suit for each movie including Iron Man 3 as seen here: 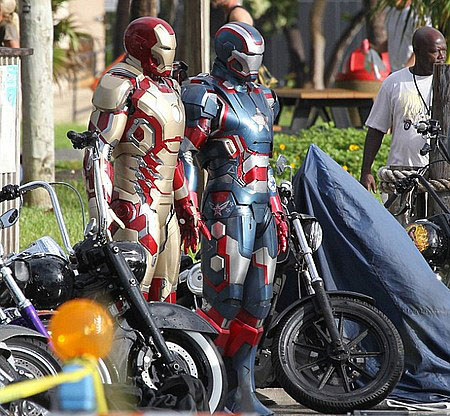 The new Iron Patriot and Extremis suit have recently been seen on set along with the props developed for the actors to use. For most of the shots the team uses a prop that only covers the actor above the hips. 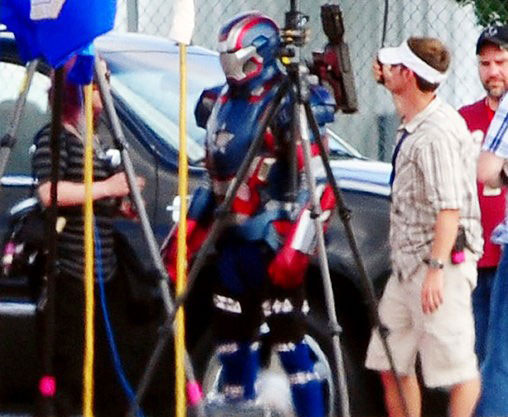 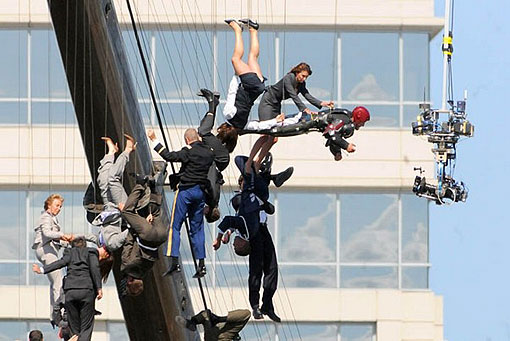 It looks as if Stark is trying to save people who are falling, but it makes for some hilarious images! 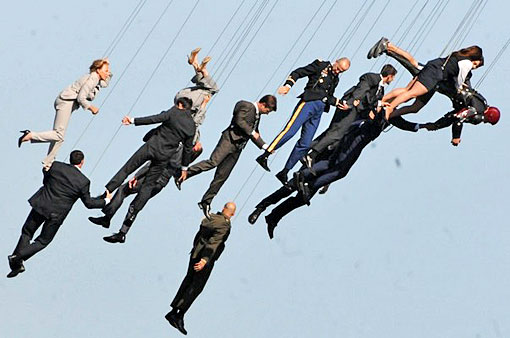 You can see he is only wearing parts of the suit and the rest will be added digitally.

Can the new director handle it?

A new suit isn’t the only new thing that will be showing up in Iron Man 3. Shane Black, best known for his work in the Lethal Weapon series, will be taking over John Favreau’s Role as director. It will be interested to see how this director can take the franchise even further with his more down to earth film making style.

I am looking forward to seeing how Black kicks off Phase 2.