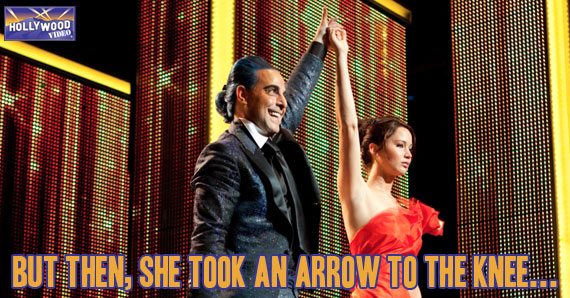 Unless you’ve been living under a rock, you know that The Hunger Games had a huge opening weekend. With reviews ranging from phenomenal to ok, all anyone seems to be talking about on the internet is the movie.

We have to admit, our favorite part about the movie premiere has got to be the hilariously clever MEMEs that have been all over the web. Here are a few of our favorites:

1. We Found Bread In A Toastless Place

It’s simple and effective. As soon as we saw this MEME, we couldn’t help singing the song. Between Peeta’s floating head and the clever play on Rihanna’s hit song, it’s no wonder why this made our Top 5 Best Hunger Games MEME. 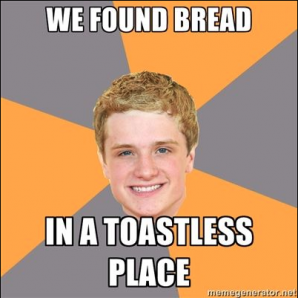 I know the song is now stuck in your head.

If you’ve read the books, you’ll know that Katniss was originally expecting her stylist to look like an over-the-top Capitol freak show. Simple down-to-earth Cinna appeared instead. I can almost bet that this MEME is exactly what went through Katniss’ mind when she met her new friend, Cinna. 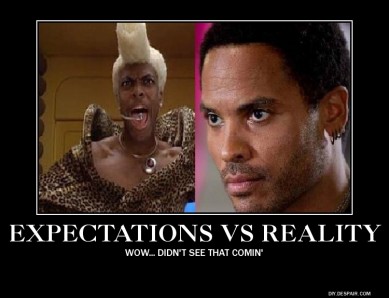 We DEFINITELY didn't see that comin'

Laugh. Out. Loud. That is exactly what we did when we saw this. When Peeta was putting ointment on Katniss’ cut, it vaguely resembled when Rafiki put whatever that stuff was onto Simba’s forehead. Glad someone out there made the same connection. 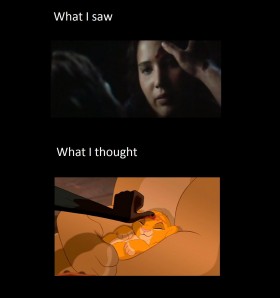 You know you thought the same thing.

4. We Forgot The Boy From District 9…

Who remembers the movie District 9??

Honestly, with all of the blood, guts and “Prawns”, how could anyone forget? You know (and I’m sure Katniss and Peeta does too) that if this guy was a part of the games, it would be over as soon as the tributes stepped off their platforms. 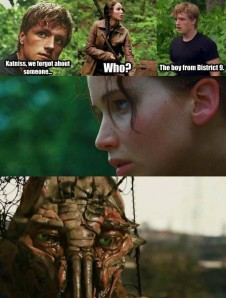 How could they forget District 9?

5. The Matrix Morpheus Told You

There’s something about this guy that makes us feel like we’re 8 years old being scolded by the teacher. There was a lot positive and negative reviews on the camera work during the movie. All we know is if The Matrix Morpheus enjoyed it, so did we. 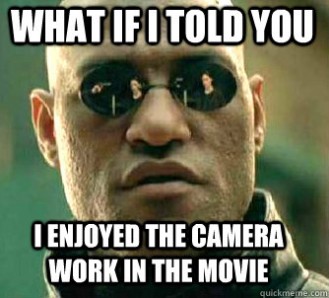 Since the movie was only released a few days ago, we look forward to seeing more Hunger Game MEMEs. Tell us which ones are your favorite on Twitter, Facebook or Google +!

We hope you enjoyed our Top 5 Hunger Games MEMEs!