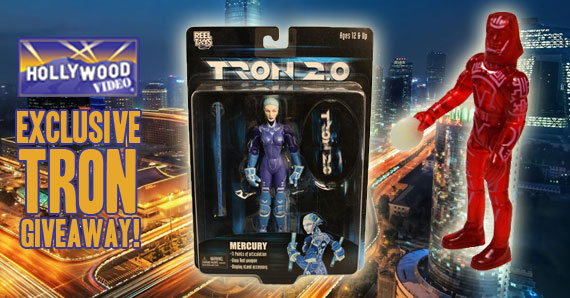 They’re Off the Grid!

We hope you liked our E.T. Giveaway because we have even more awesome prizes for you to win. This time we’ll be giving away a few figures from the Tron franchise that have been provided to us by NECA. First we have a Tron 2.0 Mercury Figure, and along with this we are also giving away a Limited Edition Sark figure! 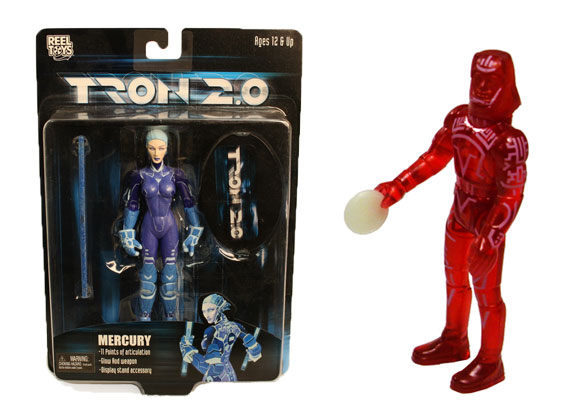 Sark was the commander of the Master Control Panel’s army. He was known as aggressive and merciless in the field of battle. Sark was eventually defeated by Tron in what was one of the most violent battles ever to be shown in a Disney movie. This figure includes his Identity Disc, which glows in the dark!

Tron 2.0 is a PC game that was released by Monolith Productions in 2003 and takes place after the events of the original movie. During the course of the game the player discovers Mercury, a computer program who is voiced by Rebecca Romijn. Her character was one of the most famous light cyclists ever known.

The Mercury figure has 11 points of articulation, a glow rod weapon and a stand to display the figure on.

In order to gain entry into this giveaway you will need to answer the following question – “What is the name of the software company that Kevin Flynn once worked for in the Tron films?”

As with all our contests, all you need to do is answer the trivia question. If you have a Facebook or Twitter account you can increase your odds of winning!

Always check back in to see what new giveaways are coming. Make sure you let us know what you would like to see given away and it just might be next!