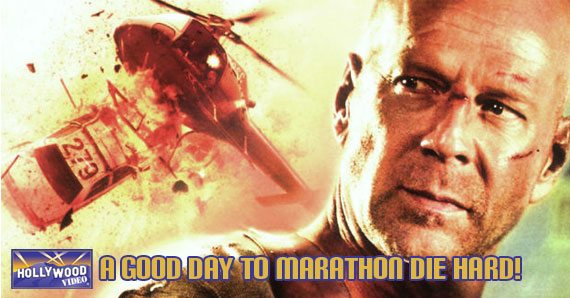 Welcome to the party, pal

We were first introduced to the perpetual bad-ass cop John McClane back in 1988 (in what is technically a Christmas movie) and we’ve been getting the occasional Die Hard movie ever since. And while some may lament the decision to tone down the next installment, there’s no denying that the series is so damn awesome, little to nothing could change that.

A Good Day to Die Hard is being released this Valentine’s Day, and to promote it, all four previous movies are coming back to the big screen in an epic marathon. But you’ll want to act fast, because it’s a one-day-only deal. 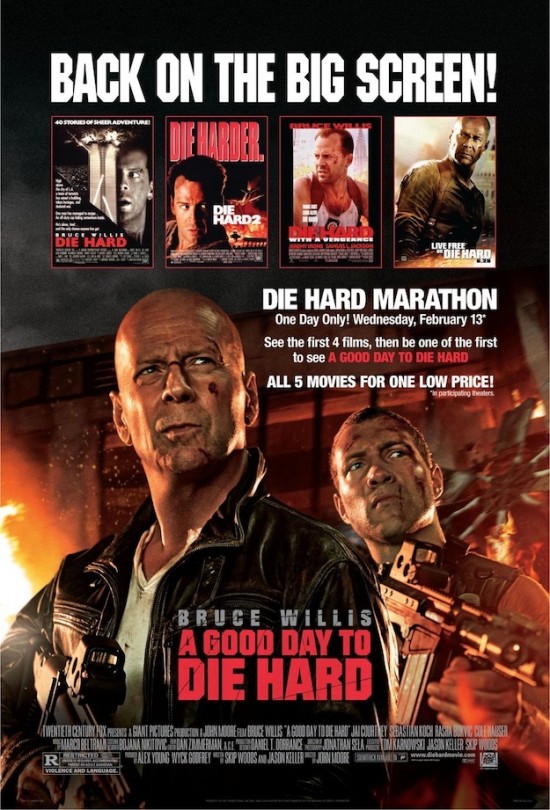 A Valentine’s Day to Remember 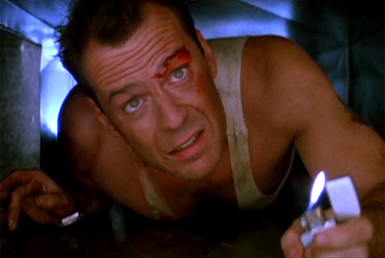 Regal Cinemas was the first to announce it would be holding the event in 83 theaters nationwide — click here to find the one nearest you. Other chains may follow suit soon, so as the day draws closer, check with your local theaters for show times.

If you can’t make it to the theater for the extended marathon, be sure to catch up on the series in full on Amazon Instant Video before you hit your local cineplex for opening day. 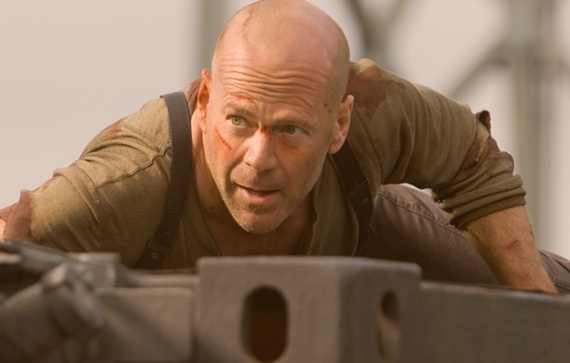 A Good Day To Die Hard opens on February 14th. It has John McClane back on the scene, but this time he’s fighting terrorists with help from his son. Oh, and they’re in Russia. Why? Find out on Valentine’s Day!