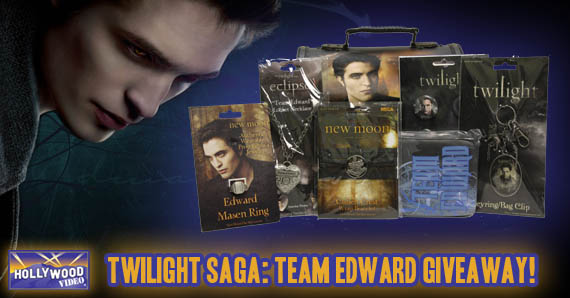 “You can’t trust vampires. Trust me.”

We just finished up our Lord of the Rings Statue Giveaway, and Aragorn and Legolas have set off on their journey to the hands of one lucky winner!

In keeping with the our recent theme of literary fantasy series put to film, we have decided to focus our attention on the Twilight. The series by Stephenie Meyer yielded an incredibly successful film franchise, so we’ve put together an equally big offering for all those Edward fans. This week’s prize pack is a Team Edward Carrying Case filled to the brim with an assortment of official Twilight jewelry and accessories! Continue on to learn how to enter to win this fantastic giveaway! 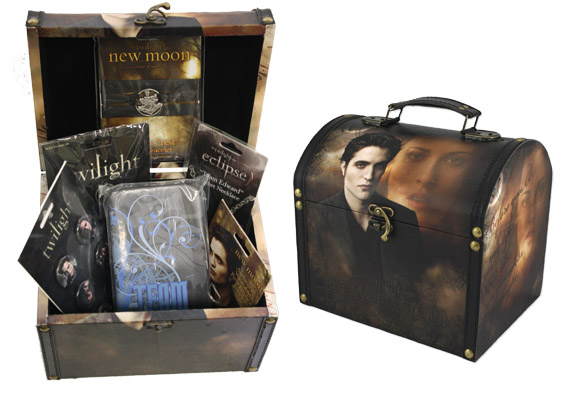 Edward Cullen is a brooding, telepathic vampire who falls for, and later marries, a human teenager named Bella Swan. This beautiful felt-lined wooden latch case features the two young lovers printed on the outside. Inside we’ve stashed an assortment of Cullen-themed jewelry and accessories including: 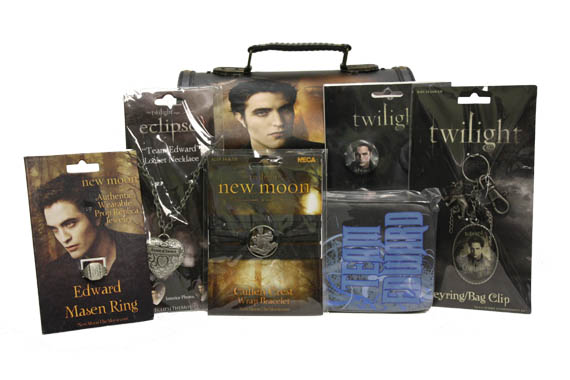 In order to enter the giveaway you must answer the following question: “What is the first name of Edward Cullen’s adopted vampire father?”

Always be sure to let us know what you would like to see in future giveaways. We love to hear your feedback and it is very likely that you could see it be the prize next week.