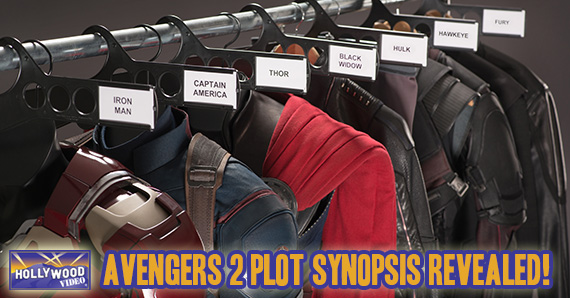 Disney released the official plot synopsis to next summer’s The Avengers: Age of Ultron from Marvel Studios yesterday, like a self-replicating computer virus spreading across the Internet. (To be fair, I am discussing it here.) Admittedly, we didn’t really learn anything new in this synopsis than what we already did. Disney just did a nice job of streamlining everything that has been eked out to the public in one little summary. 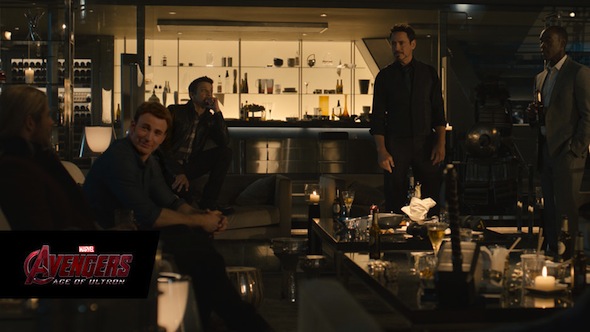 For those of you who don’t comb the Internet for stuff like this day-in and day-out (do tell, what’s the outside world like?), then read on, dear friends:

“Marvel Studios presents Avengers: Age of Ultron, the epic follow-up to the biggest Super Hero movie of all time. When Tony Stark tries to jumpstart a dormant peacekeeping program, things go awry and Earth’s Mightiest Heroes, including Iron Man, Captain America, Thor, The Incredible Hulk, Black Widow and Hawkeye, are put to the ultimate test as the fate of the planet hangs in the balance. As the villainous Ultron emerges, it is up to The Avengers to stop him from enacting his terrible plans, and soon uneasy alliances and unexpected action pave the way for an epic and unique global adventure.

Marvel’s Avengers: Age of Ultron stars Robert Downey Jr., who returns as Iron Man, along with Chris Evans as Captain America, Chris Hemsworth as Thor and Mark Ruffalo as The Hulk. Together with Scarlett Johansson as Black Widow and Jeremy Renner as Hawkeye, and with the additional support of Samuel L. Jackson as Nick Fury and Cobie Smulders as Agent Maria Hill, the team must reassemble to defeat James Spader as Ultron, a terrifying technological villain hell – bent on human extinction. Along the way, they confront two mysterious and powerful newcomers, Wanda Maximoff, played by Elizabeth Olsen, and Pietro Maximoff, played by Aaron Taylor-Johnson, and meet an old friend in a new form when Paul Bettany becomes Vision.” 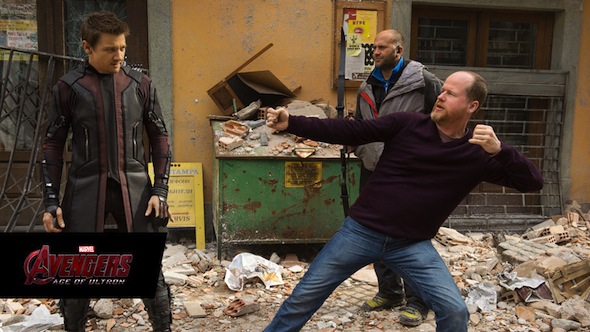 Again, this synopsis threw the spotlight on information we already knew from Joss Whedon’s Entertainment Weekly article from July, highlighting that it was the machinations of Tony Stark (played once again by Robert Downey, Jr.) that led to the accidental creation of Ultron, whose film look we glimpsed over the summer.

However, one new thing the synopsis mentions is that the Avengers will have to make “uneasy alliances” in order to stop their robotic foe. Who will those alliances include? CUE WILD SPECULATION. Will we see a return of villains from any of the other Avengers family of films, or will new foes team with Earth’s mightiest heroes to save the human race from an oopsie-daisy, accidental human extinction courtesy of Tony Stark?

Please, feel free to speculate wildly. We have to do something to keep us occupied while waiting for The Avengers: Age of Ultron to debut on May 1, 2015.