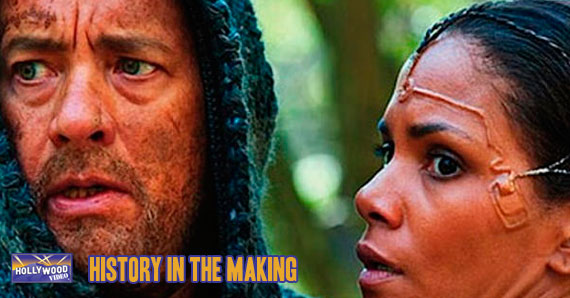 Let me preface by saying I am a huge Wachowskis fan. The Matrix trilogy continues to be one of my favorite trilogies of all time. And I even thought Speed Racer was an enjoyable romp. But Cloud Atlas had me skeptical.

The book it’s based on is dense, weaving in and out of storylines, spanning literally centuries. We’re talking six separate, but interconnected, storylines. It seemed by many to be un-filmable.

Didn’t See That One Coming

Then, they released an almost six-minute trailer. And my jaw dropped.
Everything from the music to the visuals looked amazing. The trailer is epic in scope, giving audiences a hint that the movie (which is reportedly 160 minutes long) will be more than just a film; it’ll be an experience.

Tom Hanks and Halle Berry get the spotlight in the trailer. And, in the short glimpses we get, their performances are impressive.

What makes the trailer so great is hard to put into words. But let me try anyway:

In the directors’ introduction, they said this film is hard to explain. They’re absolutely right. But it’s breathtakingly gorgeous, incredibly ambitious and reminds us why going to the movies is so great in the first place; to get an unrivaled experience that both moves us and leaves us in awe.

If for nothing else but the trailer, we’re in for a classic.