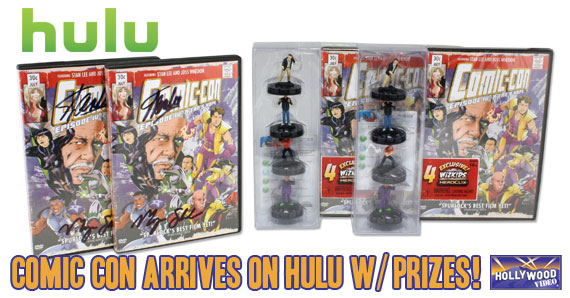 Over the weekend, the official site for Morgan Spurlock’s documentary Comic-Con Episode IV: A Fan’s Hope announced that the film has come to Hulu Plus!

A Fan’s Hope is Spurlock’s account of the lives of a handful of San Diego Comic-Con attendees. If you enjoy Pop Culture or are fascinated by fandom, sign in here to watch: http://www.hulu.com/watch/356864

The kind souls behind the scenes at Comic-Con Ep. IV have scared up some choice prizes and are giving them away now in honor of the movie’s arrival on Hulu Plus. Check it out: 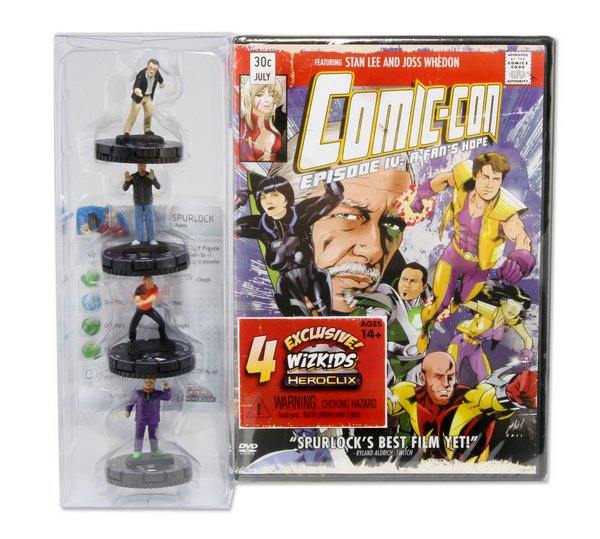 Figures.com has 2 copies of the ultra-rare and collectible Wizkids HeroClix edition Comic-Con Episode IV DVD! Included are special exclusive HeroClix of Stan Lee, Morgan Spurlock, Joss Whedon and Harry Knowles from Ain’t it Cool News! These HeroClix aren’t available anywhere but with the DVD. Click here to enter the contest at Figures.com! 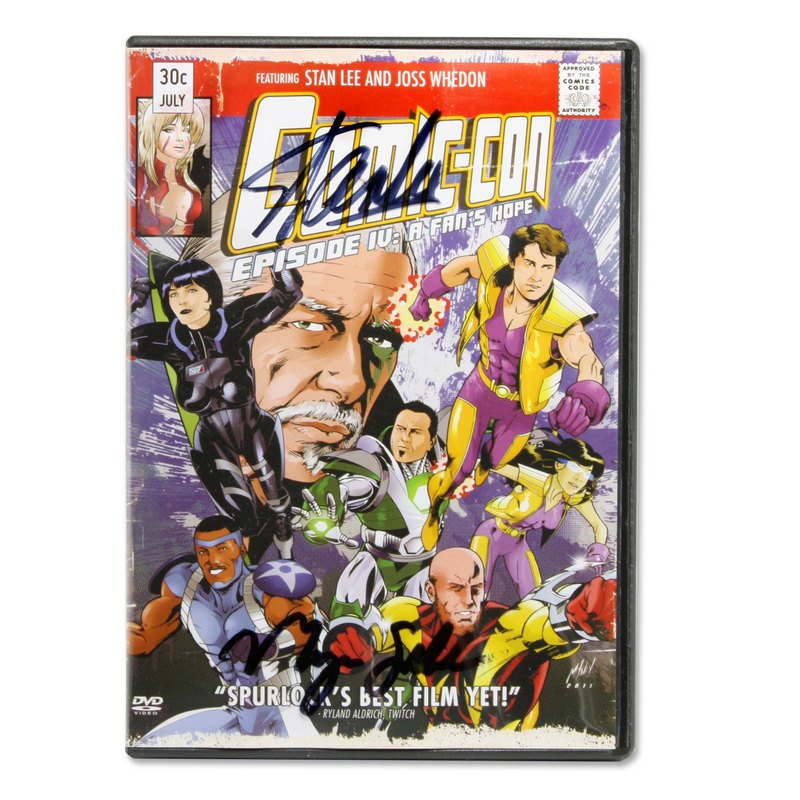 Going on now at NerdistNews is a chance to win one of 2 copies of the Comic-Con Episode IV: A Fan’s Hope DVD signed by director Morgan Spurlock and none other than the lord of the Marvel Universe, Stan Lee! As lovers of free stuff — and especially rare, collectible and gotta-have-it-type free stuff, we wholeheartedly suggest you enter the NerdistNews DVD giveaway here.

COMIC-CON EPISODE IV: A FAN’S HOPE- a film by Morgan Spurlock explores this amazing cultural phenomenon by following the lives of five attendees as they descend upon the ultimate geek mecca at San Diego Comic-Con 2010:

Best of luck to everyone who enters the contests at NerdistNews and Figures.com! Don’t forget to sign up and check out Comic-Con Episode IV: A Fan’s Hope on Hulu Plus: http://www.hulu.com/watch/356864