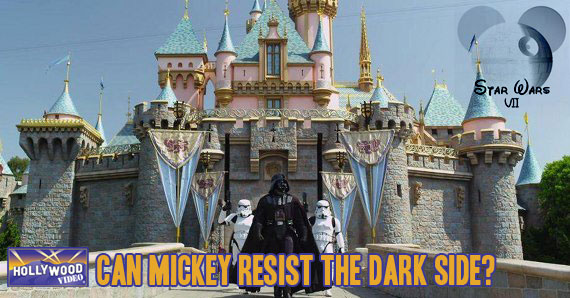 That’s right, the House of Mouse is buying up Skywalker Ranch. Disney is purchasing Lucasfilm to the cool tune of 4.05 BILLION dollars. That’s a lot of money — of course, that’s a lot of intellectual property, too. Disney will be the proud new owner of Star Wars. As in ALL of Star Wars. 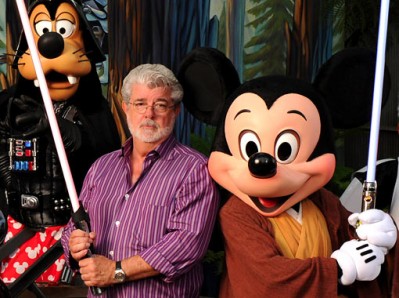 Goofy as Vader? I always thought of Donald in that role.

And what’s the first thing they plan to do with it? Make another Star Wars movie, of course! Episode VII is already being prepped for a 2015 release. Seriously. Disney is talking about putting out a Star Wars movie once every two or three years, and Lucas commented that they have enough material to do Star Wars for the next hundred years. There’s no word on the proposed Star Wars live action TV show, but with Disney at the helm, at least we know it’ll probably be on ABC if it happens.

And of course, along with Star Wars, Disney gets Indiana Jones. While denizens of the Internet might have some issues with the most recent movie, the fact is that it brought in nearly $800 million dollars. That’s not a failure. In fact, that’s the exact opposite of failure. So can we expect a new Young Indiana Jones series, too? Don’t be surprised if Indy whips back into action in the next few years. 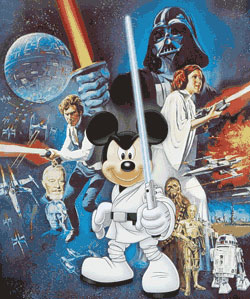 Of course, with all the focus on potential Star Wars and Indiana Jones sequels, people are forgetting about the vast catalogue of other movies George Lucas has made. This is our chance to get a sequel to movies like Willow, Hook, Labyrinth, and most importantly, Howard the Duck.

As for Lucas and his new $4.05 billion dollars, he says he plans to donate the vast majority of it to charity. He didn’t name any specific charities, but seeing as he’s been heavily involved with The George Lucas Educational Foundation since he created it in 1991, we have a pretty good idea.