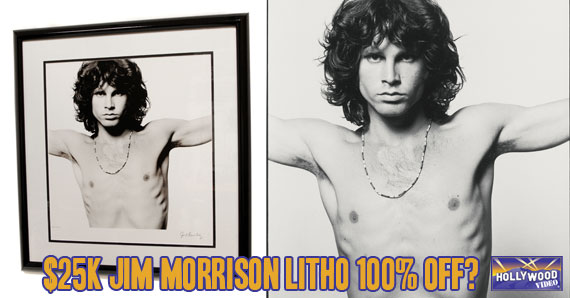 Even if you weren’t alive to witness the glory of legendary rock band The Doors, you’ve undoubtedly seen The Doors movie, right? …Right? If not, do yourself a favor and pick it up, simply to see Val Kilmer almost literally channel Jim Morrison. Need proof?

There you go. That image of Jim Morrison is so famous that a print of it is going up for auction at Sotheby’s on April 13… and it’s expected to go for upwards of $25,000.

Twenty five thousand dollars. Who’s got that kind of scratch? Luckily, you don’t need to be filthy rich to bring home The Lizard King.

NECA has limited edition prints of the same photo available on eBay, plate-signed by famous rock photographer Joel Brodsky himself before his death in 2007, for over $24,000 LESS. Check it out: 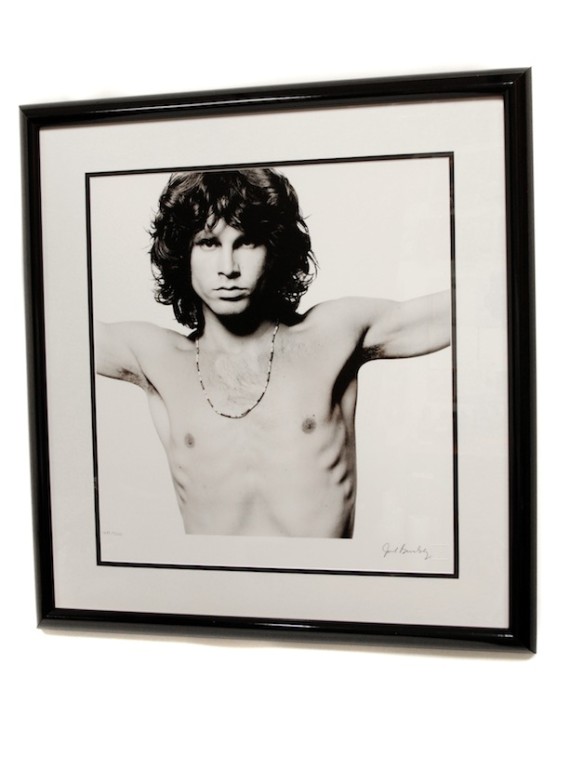 This extremely rare lithographic print is a mind-blowing rock and roll collectible! The print is derived from Joel Brodsky’s original 1967 photograph of Jim Morrison, which captured the self-styled “Lizard King” at the peak of his power. The Brooklyn-born Brodsky (1939-2007) was famous for his photography of musicians, including The Doors, Isaac Hayes, Aretha Franklin and Iggy Pop.

This plate-signed edition was originally released in 1997, and features Mr. Brodsky’s signature printed in the lower right hand corner. The number of prints in this edition was limited to 5,000. Each print is hand numbered and embossed. At the end of the edition, the plates were destroyed. Professionally matted, framed and ready to hang.

Snag one of these rare rock and roll collectibles while you can!