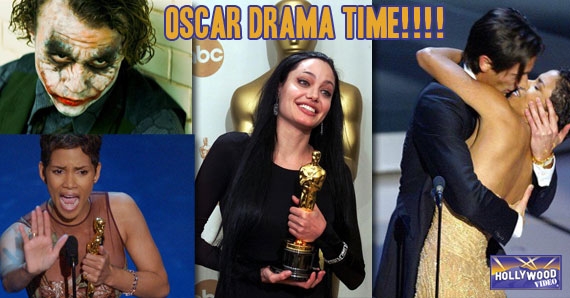 It was Oscar weekend! Here are the highlights – a few awards were announced and the biggest names in Hollywood socialized and got their pictures taken, etc.

But the makings of an unforgettable Academy Awards is all about inappropriate, shocking or heart felt acceptance speeches, over-the-top dresses, and extreme P.D.A.

Let’s take a look at what we believe to be the best 10 Oscar moments, in no particular order. 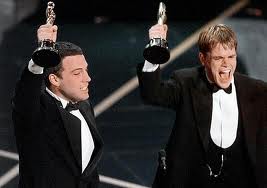 Best friends, Matt and Ben, made it happen in spades. Their screenplay for Good Will Hunting won them an Oscar for Best Original Screenplay in 1997. Their larger-than-life speech made the audience chuckle and is sure to be remembered for years to come. 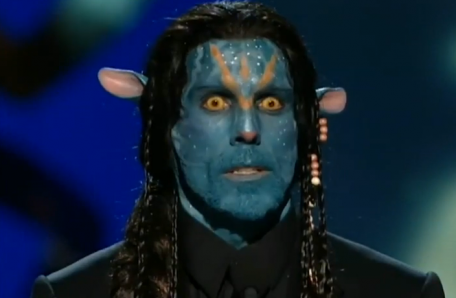 Ben Stiller is one of Hollywood’s most versatile actors. In the 2010 Oscars, dressed up as an Avatar, Stiller presented the award for Best Make-Up. Between his very blue face and hands, adorable ears poking out from under the massive black hair (complete with beads and braids), Ben Stiller dressed as an Avatar is definitely on our list of Best Oscar Moments. 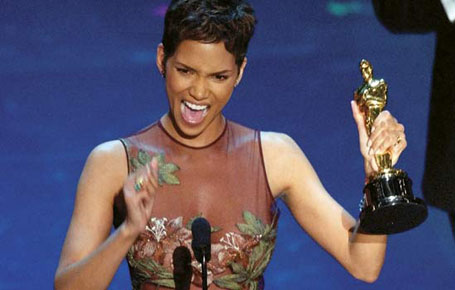 “This moment is so much bigger than me.”

In 2002, Halle Berry won Best Actress for her work in Monster Ball. Berry was the first African American woman to win in the Best Actress category, no doubt landing her a spot in our list of Best Oscar Moments. Her speech was heartfelt and her dress drop dead gorgeous, making the 2002 Oscars truly unforgettable. 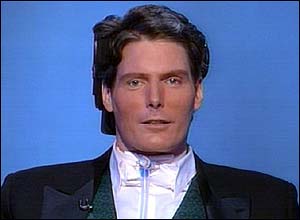 In 1996, shortly after his accident, Christopher Reeves made an inspirational speech. As soon as Reeves was presented, everyone in the audience was already on their feet, clapping loudly for the real Superman. The applause lasted for over a minute. 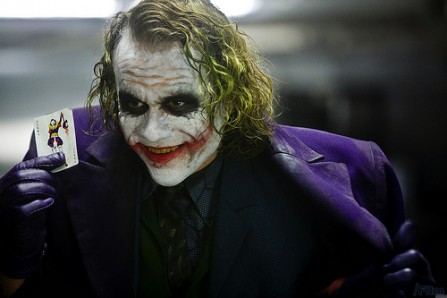 In the 2009 Oscars, Heath Ledger won Best Supporting Actor for his work as the Joker in The Dark Knight. His mother, father and sister accepted the award on Ledger’s behalf. They gave a touching speech, thanking the Academy for recognizing their son/brother’s amazing work in The Dark Knight. 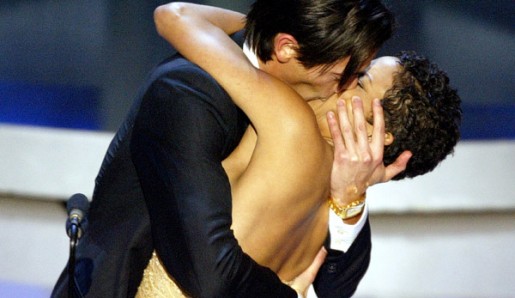 In 2003, Adrien Brody won Best Actor (The Pianist), making him the youngest actor ever to win this category. In his youthful exuberance, Brody shocked the audience, viewers and a very surprised Ms. Halle Berry as he planted a huge kiss right on her lips as she presented him with the Oscar. 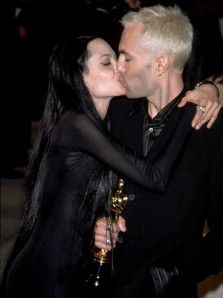 Remember the Angelina Jolie before her 5,6 or 7 (who’s counting?) kids and super sexy boyfriend/husband/baby’s daddy? Well, we sure do.

In 2000, she brought her brother, James Haven, as her date to the Oscars. Their, er, overly affectionate behavior towards one another made everyone feel uncomfortable and awkward. As if that wasn’t bad enough, she declared her love for her brother as she accepted her Oscar for Best Support Actress. Ask anyone who hasn’t been living under a rock if they remember this moment and I guarantee they say yes.

We loved watching the 84th Oscars.

Was there inappropriate sibling P.D.A? Emotional acceptance speeches? Over-the-top dresses? Kinda. Awkward moments between the actors? Sure. But what was your favorite? Let us know on Facebook, G+, or Twitter!