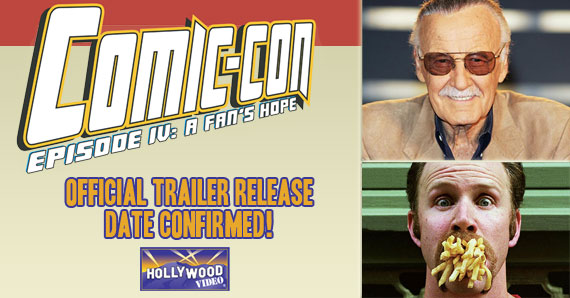 Finally, catch the trailer for Comic Con Episode IV: A Fan’s Hope over at Apple.

A Ninja Turtle Walks Into A Bar… 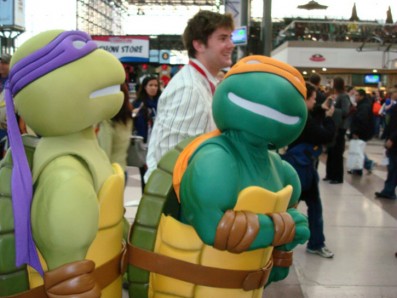 “Go on a rollercoaster, put your head in a jar of marbles and drop acid and that’s sort of what it’s like to be at Comic Con for 5 minutes.”

Seth Green, Seth Rogen and Kevin Smith are just a few stars that make an appearance at the yearly comic convention, also known as Comic Con. Watch the trailer and see the fandom taken to a completely different level. Get a preview of the only place where you’ll see Ninja Turtles waiting in line for the bathroom, Luke Skywalker and Wolverine having a nice little chat, a Transformer withdrawing money from an ATM, or Captain America asking a Zombie for directions.

The Force Is With them

During the trailer, thanks to Morgan Spurlock, Stan Lee and the rest of their brilliant team, the world will catch a glimpse of what exactly goes on during these conventions. The following are producing the film:

Watch The Trailer At Apple.com/Trailers!

Ever since it was announced that this project will be released in theaters, loyal Comic Con attendees and fans are excited over any news, big or small. Well, the world gets a little taste of Comic Con Episode IV: A Fan’s Hope. Make sure to check it out and, of course, watch it in theaters this summer!