A new trailer for the upcoming ‘Ender’s Game’ movie has been revealed amid controversy around author Orson Scott Card.

Originally published in 1984, the sci-fi novel Ender’s Game is beloved by an entire generation of readers. The story of Ender Wiggins’ journey through battle school and fighting aliens — the “buggers” — to save humanity, it’s a perfect sci-fi epic film. Apparently writer/director Gavin Hood agrees. 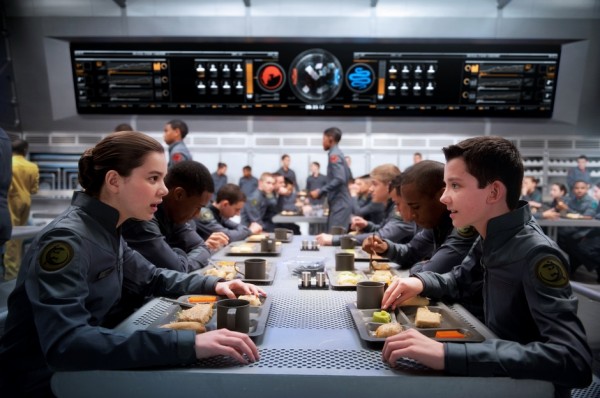 Even in the future lunch is awkward.

Ender’s Game is due out Nov. 1. A new trailer for the film — which stars Asa Butterfield (Hugo) as Ender, Hailee Steinfeld (True Grit) as Petra, Harrison Ford as Col. Hyrum Graff and Sir Ben Kingsley as Mazer Rackham — has just made its way online, and you can check it out below:

The release of Ender’s Game has been surrounded with controversy owing to original author Orson Scott Card being a big opponent of gay marriage. A boycott is in the works for the film’s release.

It’s a tight spot for a studio company to be in, and Lionsgate knows it. Already this year we’ve seen The Lone Ranger tank on issues of race. This stuff matters in a way it never did before.

Lionsgate to the Rescue

As forward thinking as Hollywood has always been, it’s hard to know how audiences will react to something like this, which to be fair, doesn’t have anything to do with the movie but would still be giving Card money, supporting him if not his viewpoints. 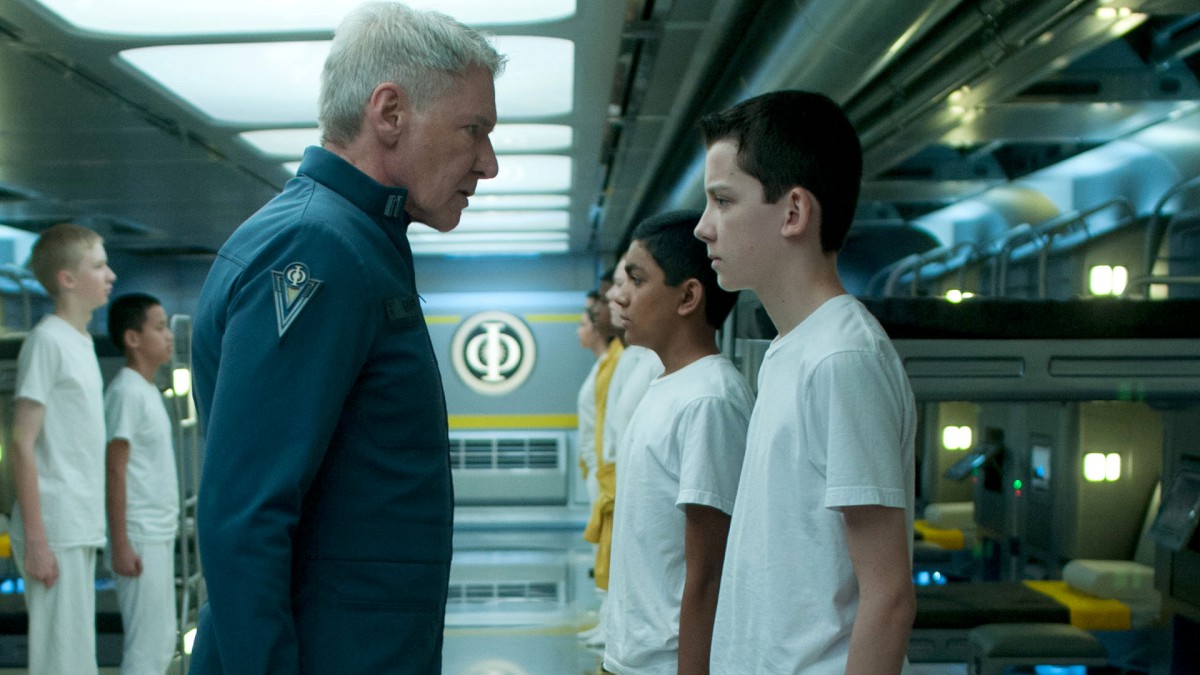 What we need is a hero.

Enter Lionsgate, which announced last month it’ll make the premiere for Ender’s Game a benefit for LGBT causes. They don’t specify which causes, but still. It’s something. Here’s the announcement:

“As proud longtime supporters of the LGBT community, champions of films ranging from GODS AND MONSTERS to THE PERKS OF BEING A WALLFLOWER and a Company that is proud to have recognized same-sex unions and domestic partnerships within its employee benefits policies for many years, we obviously do not agree with the personal views of Orson Scott Card and those of the National Organization for Marriage. However, they are completely irrelevant to a discussion of ENDER’S GAME. The simple fact is that neither the underlying book nor the film itself reflect these views in any way, shape or form. On the contrary, the film not only transports viewers to an entertaining and action-filled world, but it does so with positive and inspiring characters who ultimately deliver an ennobling and life-affirming message. Lionsgate will continue its longstanding commitment to the LGBT community by exploring new ways we can support LGBT causes and, as part of this ongoing process, will host a benefit premiere for ENDER’S GAME.”

Will it be enough? We’ll have to wait and see when Ender’s Game is released on Nov. 1.