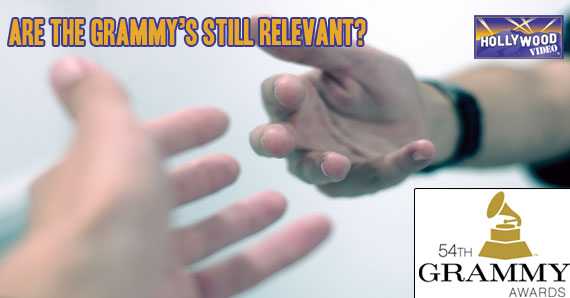 It’s a known fact that the Grammy’s is Music’s biggest night. It’s the one night out of the year that is dedicated to celebrate and award the exceptional artists who bring music to our lives every day. But for many reasons, the Grammy’s felt like it fell short of its normal expectations.

There were a lot of noticeable changes at this year’s Grammy’s. For the first time in seven years, the Academy decided to have an official host. While I felt that the host, L.L Cool J, did a decent job in keeping the audience entertained, his presence didn’t necessarily make or break the program.

He certainly wasn’t Ricky Gervais at the Golden Globe.

Another change made to this year’s Grammy’s was the Academy’s choice to eliminate 31 categories. Normally, I’m the first to admit that there are too many pointless televised categories. I usually take the time during these categories to make more popcorn or squeeze in a quick bathroom break. But this year I felt like they barely gave out any awards. At the one-hour mark, I felt like I didn’t watch anything of significance. For an award show, it definitely left me disappointed and unsatisfied.

Maybe CBS wasn’t willing to host the show much longer?

Compared to 2011, the Grammy’s lost its usual zeal. I felt like this year’s performances (with the exception of Miss Nicki Minaj) played it somewhat on the safe side.

Where was Lady GaGa and her meat costume? Or how about a dance off between Usher and Bieber? And although Rihanna and Coldplay’s performance was impressive, it was nowhere near as explosive as last year’s with Eminem.

2012 was more about paying homage to the veterans like Paul McCartney, The Beach Boys, Bruce Springsteen and of course, Whitney Houston, who just recently passed away. Now I am a huge fan of all of them and thoroughly enjoyed each performance; however, I wish they showcased today’s talented more than what was shown.

Overall, the 2012 Grammy’s was average at best. The year that was celebrated at last night’s award show was filled with artists with such talent and flair. I was happy to see Adele win 6 awards she rightfully deserved and Jennifer Hudson’s tribute to Miss Whitney Houston almost had me in tears. But the usual enthusiasm and excitement seen in previous years were definitely lacking in this years Grammy’s.

Hopefully next year the Grammy’s gets its swagger back. They should consider bringing Ricky Gervais as a host.