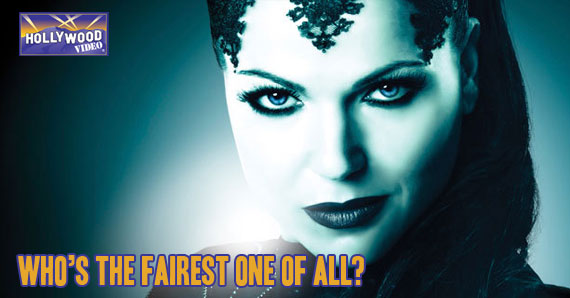 Have you seen Once Upon A Time yet?

If so, odds are good you’re a woman or you’re related to one. If you are one of the few men who started watching it on your own, congratulations! Regardless of sex, I think we can all agree that Once Upon A Time is one of the better television shows out there. It’s well written, has an excellent cast, and uses the Disney version of the fairy tales for the background details. Oh, and it has Ruby.

Sexuality, thy name is Meghan Ory

So other than a stunningly smoking hot cast of empowered women (no helpless ladies here, boys; they’ll kick your ass), Once Upon A Time also has a great story. Every episode adds to the overall plot of the show and leads you deeper into the story. With that in mind, I’m going to cover season one in a two part article. 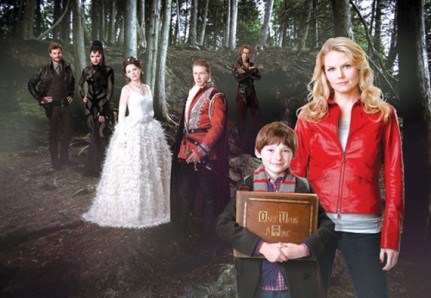 Emma and her potentially delusional son surrounded by fictional characters.

In the first episode, we are introduced to the main characters and the town of Storybrooke. Ten year old Henry has just found his birth mother Emma, who was also adopted. Children not having parents is a common theme in this show. We also learn about the curse that keeps the fairy tale kingdom in back country Maine and the population as amnesiacs.  Henry’s adopted mom is the mayor, Regina Mills, as well as the Evil Queen back in the Enchanted Forest and is the one responsible for the curse.  Interestingly, Regina is Latin for Queen, and Mills comes from the Greek Milo, meaning Apple.

E2: The Thing You Love Most 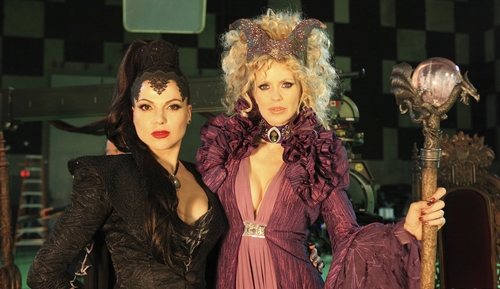 Tell you what I loved most about this episode.

This episode was a great one. It shows the lengths that the queen is willing to go to to get what she wants. In Storybrooke, we see Regina trying to get Emma the hell out of town, while in the Enchanted Forest, we see just what Regina needed to do to cast the curse. Rumpelstiltskin/Mr. Gold starts playing a more important part in this episode.

This episode has Henry convincing Mary Margaret to read the book of fairy tales to the comatose Prince Charming. Emma and Mary Margaret agree to it to prove to Henry that it won’t work. Mary Margaret nearly shits a brick when John Doe grabs her hand as she’s reading to him.

The episode centers on Emma coming to the aid of a young pregnant woman, Ashley, who is trying to escape from Storybrooke and Mr. Gold, which parallels the regrettable deal Cinderella made with Rumpelstiltskin. The beginning of this episode is one of my favorite scenes. 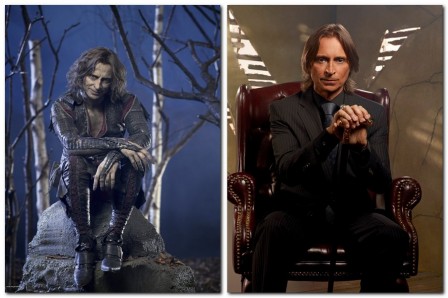 It’s like the Joker on the left and Michael Corleone on the right.

By the end of this episode, you’ll also come to realize that Robert Carlyle is probably the most versatile actor on the show. Whereas most of the residents of Storybrooke share the same personality traits as their Enchanted Forest counterpart, Mr. Gold and Rumpelstiltskin have very different character traits, and Robert Carlyle plays each one very convincingly. Far and away my favorite character on the show, even if he isn’t the “good guy”. 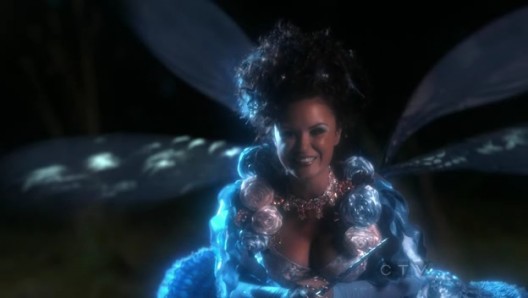 Henry goes looking for proof in an abandoned mine, and he and Dr. Hopper get trapped. Meanwhile, back in the Enchanted Forest, we discover how Jiminy Cricket became a cricket. Keep an eye out for the blue fairy in this one. While her corset isn’t quite as nice as some of the Queen’s are in later episodes, it’s still a wonder to behold.

The episode revolves around David’s increasing attraction to Mary Margaret, the back story behind Prince Charming’s past, and Sheriff Graham  getting caught in a lie. The beginning of this episode will surprise you, and it paves the way for an important event in Storybrooke.

E7: The Heart Is A Lonely Hunter

This is the episode where it’s proven conclusively that the story isn’t all in Henry’s head, and that the Queen is totally in the know. Graham starts getting his memories back, and tries to make sense of them. While one of the best episodes in the season, it has a heavy ending, and as such, isn’t one of my favorites. 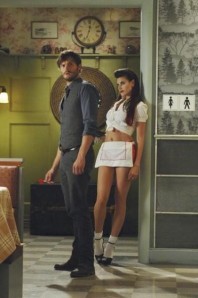 However, it DOES give us this shot of Ruby, so it’s not all bad.

Ah, a Rumpelstiltskin episode. In it, Rumpelstiltskin’s back story starts to come to light, and you can’t help but sympathizing with him at least a little. As always, Robert Carlyle amazes and delights as the seemingly psychotic Rumpelstiltskin.

As much as I love the show, it’s still a television show and there are going to be episodes that just don’t make the cut. This is one of those episodes. While still a good story, it seems almost like a filler episode in the sense that very little of consequence for the overall plot happens in it. The whole story is pretty much about Hansel and Gretel and they pronounce Hansel weird, so it’s just “Meh” compared to the rest of the series. To be fair though, the gingerbread house witch is pretty hot. 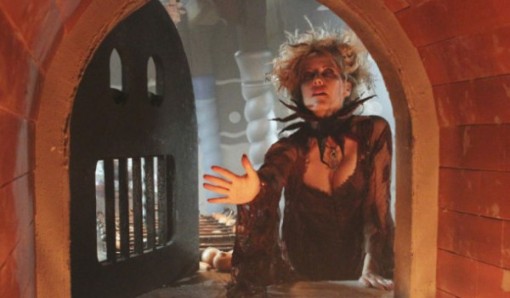 In the episode, Emma and Regina become suspicious of the new guy in town and his visit to Storybrooke, while David and Mary Margaret’s feelings for each other grow, which parallels with Prince James’ search for Snow after he falls for her. I have to be honest, I was kind of disappointed once I learned who the stranger was.

E:11 Fruit of the Poisonous Tree

In the episode, Emma is asked by Sidney for help uncovering evidence that could expose Regina’s corrupt ways in Storybrooke. Meanwhile, in the Enchanted Forest, Snow White’s father King Leopold is granted three wishes by a Genie, which details the back story of the Magic Mirror’s origins. Up until this episode, I’d always had some sympathy for Regina, and if approve of, at least understand her motives. After this one though, she was just a bitch for awhile.

Next week, we’ll recap the second part of season 1 of Once Upon A Time.  The entire first series will be released on Blu-Ray and DVD on August 28th. Season 2 premieres September 30th.