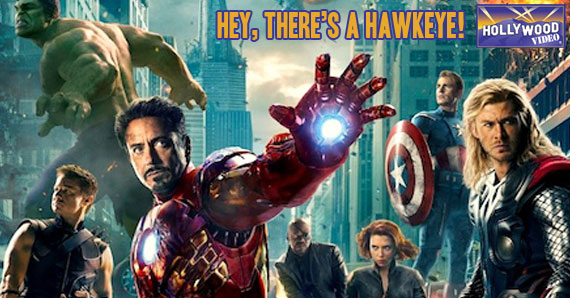 The “Cha-Ching” Sound of Inevitability

It’s been a few years since I’ve spoken to anyone who works at Marvel Comics, but when last I did, you’d have thought they were just up from a coal mine. Suffering the black lung of cultural irrelevance, comic books have languished even as comic culture has soared. Don’t believe me? Why don’t you ask the X-Men, Spider-Man, Batman, Superman, the Green Lantern, Thor, Iron Man, Captain America, DareDevil, the Hulk, the Punisher and the Fantastic Four about it?

As someone who read comics as a kid, I have to remind myself not to feel territorial when people who never picked up an issue in their lives suddenly become huge fairweather Spider-Man fans or find themselves taking a timely interest in the Avengers. Sorry, but nothing matters less than who liked what first, no matter what your hipster friends tell you. Still, I’ve had a couple double-take moments.

I’m not saying I don’t get it — I mean these movies are basically engineered for mass appeal and comics aren’t. Hundreds of millions of dollars were spent in putting Joss Whedons’ The Avengers film together, and the result is they’ve gone from this: 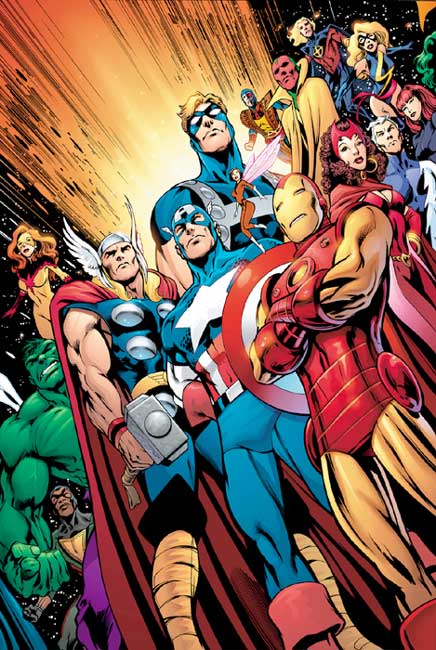 They're made of paper!

And never mind the fact that Scarlett Johansson is about to make an entire generation of young men rethink their position on cosplay, it’s clear from the outset that The Avengers has been constructed from the bottom up to be awesome. Can’t fight City Hall, folks.

Especially when “City Hall” has already taken in over $280 million worldwide, which is more than the budget of the film by some $60 million. To do the math, that makes that $60 million and everything it is about to earn in what’s estimated to be a record-breaking US first weekend (and beyond) pure profit. Time to fast-track the sequel.

As comic books continue to become the folklore of popular culture, even the most stringent loyalists have to stand back and admire the mass appeal of their cherished characters and stories. I’ll be at the theater this weekend, and so will a lot of other people, and no doubt when that sequel comes, we’ll be back for that. Because these heroes — however huge their budget is or whatever bank they might be making on ticket sales — still speak to us. And because we love Joss Whedon more than we probably should. Speaking of…

Have We Mentioned How Much We Love Joss Whedon Lately?

If you must know, the answer to that question is yes, we have mentioned how much we love Joss Whedon lately, but the point is worth emphasizing. The dude who brought Buffy the Vampire Slayer, Angel and Firefly into the world is a genuine life-long comic fan. He’s written for Astonishing X-Men and even had his own future-type Buffy comic Fray put out by Dark Horse Comics, so his success as the creator of the storyline and director of Avengers comes with no shortage of cred behind it. 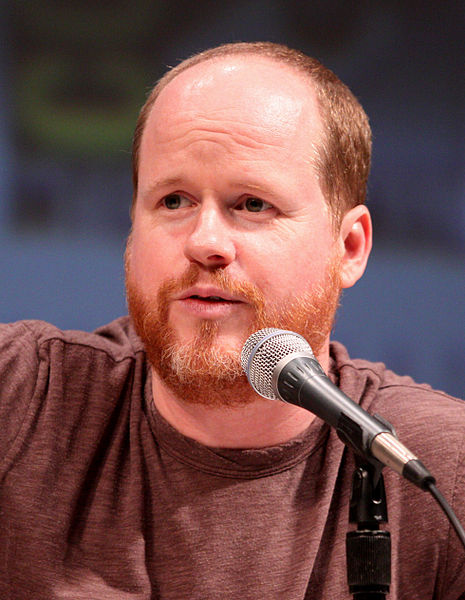 Whedon at San Diego Comic-Con in 2010. What's not to like about this guy?

Right now, with Amazon Instant Video‘s on-demand service, you can watch Whedon and director Morgan Spurlock’s documentary, Comic-Con Episode IV: A Fan’s Hope. Yeah, we already posted the official trailer, but even if you’re just casually interested in comic books or their wider influence on pop culture, it’s a must-see.

Here’s that trailer one more time, just in case you don’t feel like doing all that work of clicking over to the other post:

Because no movie is ever complete until you can take a piece of it home (other than that bootleg you shot on your cellphone — that’s right, we saw you and we’re calling the cops), we’ll work in a quick plug for our friends and yours at NECA, who just yesterday announced a new line of Avengers movie bobbleheads. Part of their ongoing collection of HeadKnockers, they’ve started with Captain America, Iron Man, Thor and the Hulk, but I can only imagine Hawkeye is forthcoming. I’ve got my fingers crossed.

In the meantime, here’s the current series: 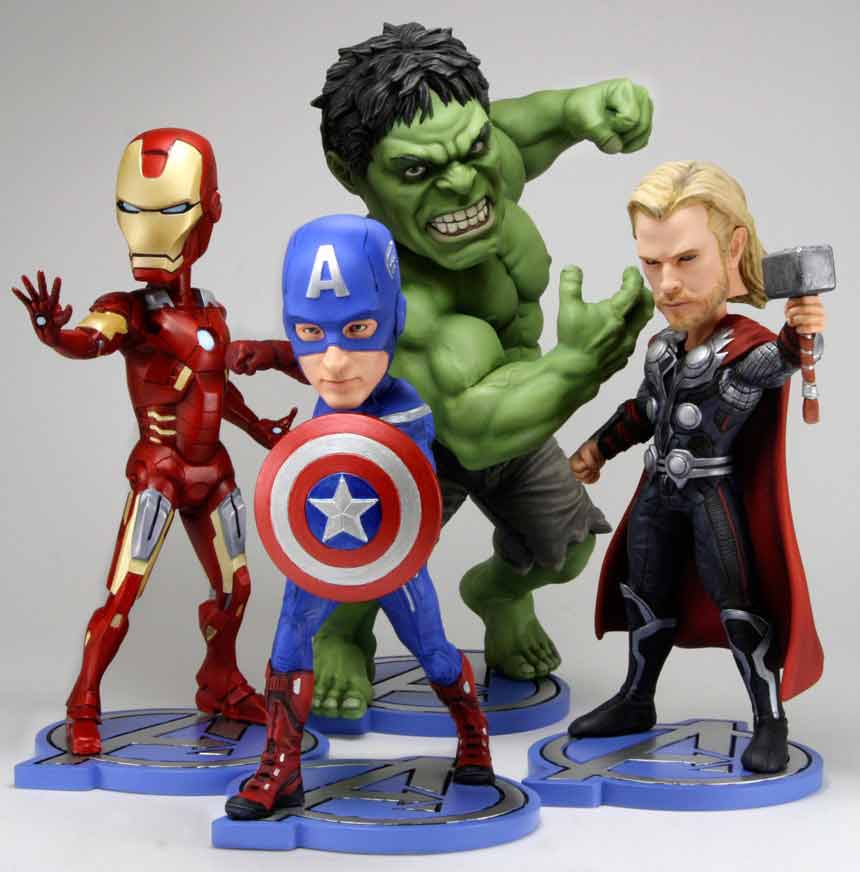 Check out NECA’s Avengers HeadKnockers news for more on that. If you’re more of a gamer, you’ll want to head over to the WizKids page to take a gander at the all-new Avengers movie HeroClix. They’ve got an awesome Hawkeye-inclusive starter set — because say what you want about Robert Downey, Jr., being the perfect swaggering Tony Stark, Hawkeye is the big draw here — and it’s ready to go right in time for the movie release: 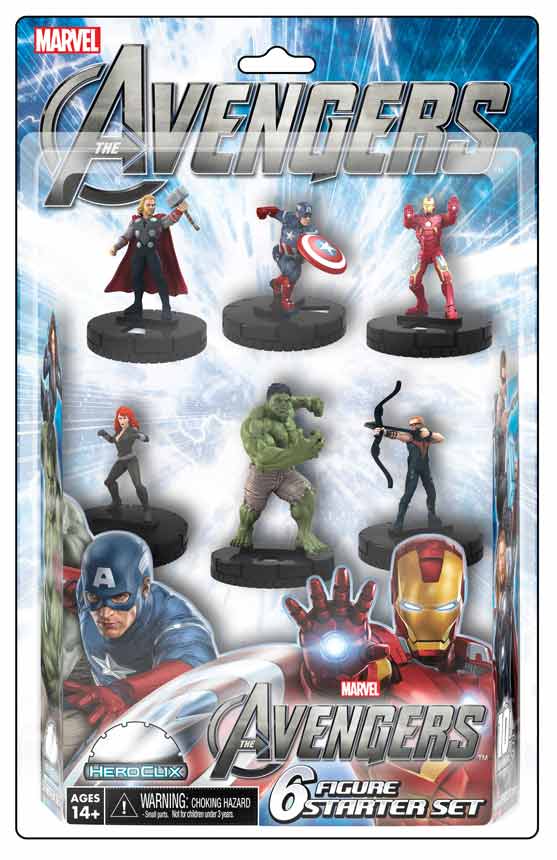 However you choose to celebrate the release of The Avengers, we here at HVideo (the H stands for “excellent”) hope you have a great time at the movies. When you see Joss Whedon, tell him to start returning our calls!