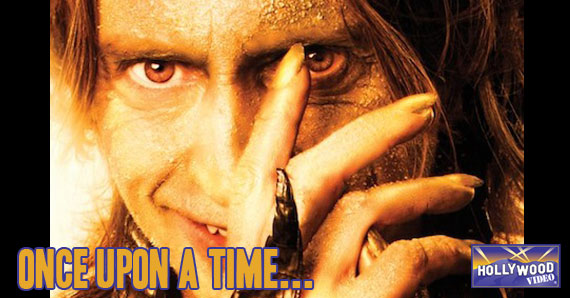 Once Upon a Time is my new favorite show, as you’ve already probably picked up from the two-part recap I did on season 1 the past few weeks. Since the second season will be debuting September 30th on ABC, this seems like a precipitous time to gather up what we know will be in the second season.

Surprisingly, it’s quite a bit. There’ll be a host of new faces, and multiple new fairy tales will be explored. Not to mention, the magic.

No, that doesn’t mean Malificent is coming back, though that is still undecided. So she might be. But a few other characters have been upgraded from guest to full time, including my absolute favorite little red obsessed white trash diner waitress, Meghan Ory. New characters this season will include most of the main characters from Aladdin and Peter Pan.

Also, Mulan, Ariel and Princess Aurora will also be making appearances. And out of nowhere, we also get Lancelot.

I thought the show did a pretty fantastic job of wrapping up most of the loose ends in season 1. Sure, August may or may not be solid wood, but did we really care about him anymore after his “big” reveal? No. But apparently there were things left hanging that I wasn’t aware were actually important plot points.

I was letting suspension of disbelief handle the little details, but apparently the writers feel they need to explain everything. Who am I to argue? So this season, we’ll be learning about:

That’s just a partial list too, I’m sure. They have a full 20+ episode season to fill, so there’s plenty of room for more people and more stories, right? Either way, this is sure to be another great season of Once Upon a Time, so make sure you check it out on September 30th.